Throughout my long, how-to-sporting life I have used only sports watch. At first, of course, it was mechanical stopwatch, then electronic, and then sports watch. Computers for running somehow not caught me because of narrow specialization and as sequence very inconvenience for use usual watch. And I did not need smartphone for a long time : from one computer at home to another computer at work – why else smartphone? But the Future leaned close and shoved smartphone into my hands.

And here lyrics end  and analysis begins: a comparison of sports GPS-tracker for android. I’ve tested seven GPS-trackers and went to opinion: all is bad.

What is the difference between tracker and usual sports watches? GPS-navigation. So let’s start with a GPS-trackers. 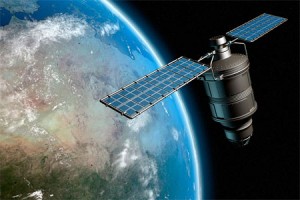 GPS-navigation, as any seemingly simple electronic device, is a complex-component piece. It includes:

Each of these parts fulfil its own task. In order to give the user a meaningful data
– GPS-navigator firstly receives the signal from the satellite by the receiver and the antenna (hardware),
– then decodes this analog signal into a digital timestamp (firmware),
– then convert timestamps into geographic coordinates (system software), and finally,
– application (software) uses these coordinates to specific purposes, in this case jogging route and calculates the distance. 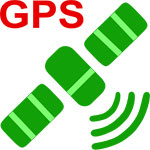 I explored 5 applications. Here the GPS-trackers that have been tested:

All of them work with GPS data unsatisfactory. What exactly is the problem?

The application receives from the GPS-receiver geographical coordinates of place and  estimation of accuracy. Accuracy depends on the number of visible satellites and varies highly. For my smartphone error is from 2 meters in ideal conditions with 9 visible satellites to 30 meters in bad conditions, for example, in the forest when it seen 3-4 satellites. Thirty meters, please note. Within these thirty meters coordinate can walk randomly. That is, the stationary GPS-receiver registers a continuous change of its position. And that is normal.

It is normal for the GPS-receiver, but it is not normal for the user! And then comes into action the software of tracker. Application need to process the “raw” data to minimize errors receiver and to obtain satisfactory (although still inaccurate) result.

Depending on tasks the processing may be different. For example, automotive GPS-navigators projected registered geographical coordinates to layout of streets on the map.

In addition, they are reasonably suggest that the car will not scurry back and forth at each measurement coordinates and, most likely, just standing still. Of course, it use some additional algorithms, and the result of the car GPS-navigator is very good, drivers of car successfully use it. 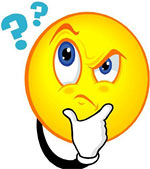 What is the situation in sports GPS-navigators? Poor things. Of course, sports trackers can not bind the track to center line of the road, because the athlete does not necessarily run on the roads, but something they must do with obviously littered data!

They could make averaging of speed, smoothing the track, throw absolutely crazy point, they could mix data from the built-in accelerometer, but they do not. It is clear that different trackers slightly different work with the same data and give slightly different results, but the results are highly unsatisfactory.

That would not be unfounded, I put the results of tests.

Test 1. Spherical GPS in a vacuum 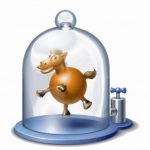 Smartphone is stationary (not move), satellite visibility is 4-6, the recording of track was continued for one hour. Measurements for each application (five synchronous series) were done. Was measured the distance in kilometers, which, naturally must be strictly zero.

Here is the track of stationary GPS-receiver (for example Strava , the others are very similar): 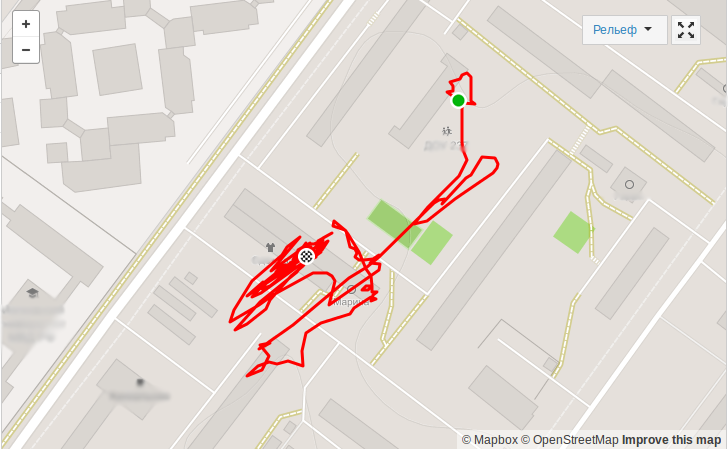 Whether you like this result? I – no. Absolutely not.

Slightly better on the test looks Runtastic. In this test, it receives a score.

In the next issue: GPS testing in combat conditions – the stadium, the forest, the city. 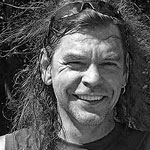