Choosing of tires is paid of much attention. At the same time it often said (especially for road bikes), that 80% of the efforts goes to the air resistance. How significant then the dependence of the quality of tires?

At first we need to clarify a few points related to the rolling resistance and  compromises in the design of tires. 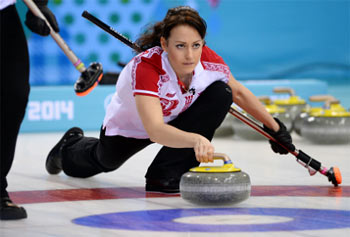 From here we take an important point: coeff. friction depends on the specific pair object-surface and on conditions therebetween (lubricant, dust, humidity). That is, for example, it’s impossible to take from reference book coeff. friction for situation “brick on an inclined board”, it all depends on what kind of bricks, boards and is this happening in the rain or indoors. 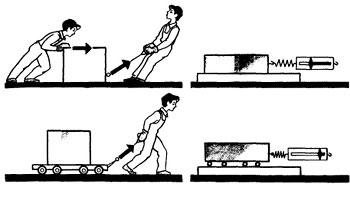 The strength of rolling friction when a round object (wheel, sphere, cylinder) rolling over the surface formally (that is at the level of the formula) the same: the multiplication of coeff. rolling resistance and weight. Here the resemblance ends. For example, coeff. sliding friction can be reduced by grease. But if well lubricate tire, it generally will not roll. That is a necessary condition for use of rolling friction is a 100% grip. Exact opposite to the sliding friction when at the clutch of 100% slip will not come at all, will only be force of static friction.

From these cumbersome arguments, I think it is necessary to take only two principles of designing tires. Firstly, mandatory a 100% of clutch to road. Roads can be quite different, up to “off-road”. Therefore, the tires are made for any particular coverage in certain weather conditions.

It determines the adhesion tread and compound of the rubber. Secondly, the tread pattern with necessary clutch must be as minimum because as in sliding friction protector also brakes. That is, “toothy” or as they say “angry” tire for dirt to be worse in rolling on asphalt than the tire with smooth tread, or as they say “slick.”

An important addition to this one is that the tires still have to absorb, take over some bumps in interaction with road. And it is also has a strong effect to rolling, that is to the real coeff. of rolling resistance. Unfortunately, here too a clash of contradictions and it is not decided. Quite often you can find the advice that you need to pump up the tires to the maximum possible pressure to reduce the losses for deformation of tires, as well as to reduce the “contact patch”. 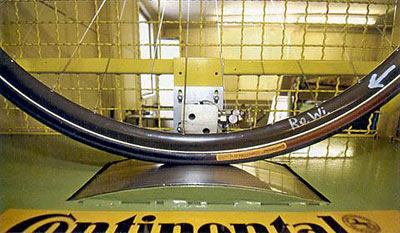 This is consistent with laboratory measurements coeff. rolling friction when the wheel is pressed against the drum torque. But you can meet opposing arguments that wide tires roll better, because the contact patch more round, and to pump, especially on poor road surfaces should be contrary to a minimum. And from these intricate reasoning, fortunately follows only two specific outputs. Firstly, the need to pump up to the optimum pressure, not the minimum or maximum. Laboratory measurements should be used with caution (see how below it). About optimal pressure there are a few notes and calculators on this site. Secondly, the more flexible side wall of the tire, the less effort is spent on the necessary deformation.

Manufacturers are well aware (which is not surprising), bringing it to the parameter TPI (the number of threads per inch). Typically, the higher TPI, the tire is more expensive and better. TPI is the number of cords, which is reinforced rubber in tires. But it is important not to even number, but that the more threads, the thinner each of them and so more elastic is sidewall.

Finally come to the last moment, that looks like “an ambush”. It is puncture-resistance features of tire. You can make a puncture protection on the main working side of the tire without changing the elasticity of the side walls. 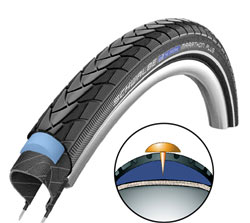 So basically do. Puncture-resistant layer thus increases the weight of the tire (which, of course, worse for racing), but not much worsens coeff. of rolling. But, alas, in the “real” roads punctures often occur on the side, such as the impact of gravel and stones. We must also take into account that by the weight tire is deformed and, therefore, soft sidewall is much less hard then work area. Therefore, for “bullet-proof” tires it need to have solid side walls. Today the task is to make the side wall of a strong but soft is not solved. So strong, puncture-resistant tire is the tire with a small number of TPI, and by the way not the most expensive 🙂

When choosing tires for road bike, I was only interested in a puncture-resistant properties. Before that, we pretty much ride mountain bike on the road, and after the MTB slick tires and wheels of road bike looked like something not serious, and raises concerns about the frequent punctures. These concerns were consistent to impressions from cycling forums. Usually for each brevet at least 2 stories with punctures. 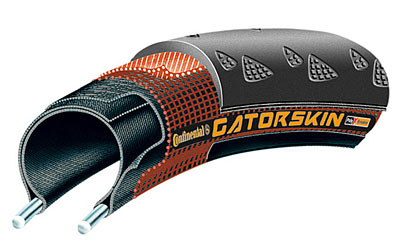 According to reviews, the best “bullet-proof” tires with more or less reasonably light weight were Continental Gatorskin. I bought it. Looks like for a long time, as it turned out that in addition to the high puncture-protection, they do not wear out 🙂 In two seasons on two bikes we had three punctures, but I must admit they all were like “snake bite” so that is associated with inadequate pumping, and not to puncture properties of the tire. Rolling properties of tire became a little  interest for me only in this season, when I wanted to go 200 km brevets in less then 7 hours. To do this, in my case all the means to increase the average speed for 1 km/h are good 🙂 How much brake me Gatorskin?

The network has a cool website  on measurement in the laboratory coeff. of rolling resistance and puncture properties of  bicycle tires. A similar laboratories, as can be seen from the Internet are at manufacturing companies, there is also a reference to a commercial manufacturer-independent laboratory in Finland. But the data from these laboratories are not public. While this website gently puts the measured data  to public. 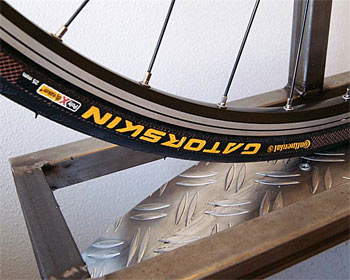 Apparatus constructed with a drum with corrugated metal coating as “average” asphalt road. Wheel is pressed against the drum with a force of 42.5 kG, a drum (driven by a motor) spins the wheel corresponding to speed of bicycle  to 29 km/h. Next, carefully measured expended electric power and from power losses rolling friction is calculated. Puncture properties (strength) is measured by something such as sewing. Puncture on the working part and sidewall reduced to the two “relative” dimensionless numbers. That is part of laboratory data from the website:

Coeff. of rolling resistance is measured at four different tire pressures. Naturally, in the laboratory more tire pressure, the lower the rolling resistance. As already noted, there is optimum pressure in real ride. Weight 42.5 kG applied to the wheel in the laboratory (let consider it for example as front wheel) correspond to weight of the bike + rider of 94.44 kG. With calculator of Tire Pressure we find that the optimal pressure is 85 psi. The closest of the measurements in the laboratory is 80 psi, appropriate coeff. is 0.00659. According value for 85 psi can be found by combining all four points with a smooth curve: 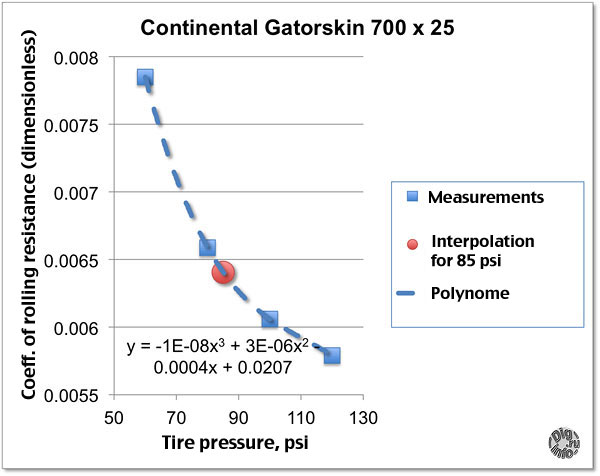 The corresponding value of coeff. of rolling resistance for optimal pressure 85 psi is found to be 0.00641. For parameters (weight of 94.44 kG, the frontal area of ​​0.5 m3, coeff. aerodynamic drag of 0.88) calculated speed developed at 200 watts of power is 29.67 km/h. As mentioned in the article “How cycling power spent during moving a bike“, consumption of output power to overcome the resistance of the road less than to rise a hill with a slope of 1% (1 meter to 100 meters distance). At the same time, almost no exist any flat roads. If we assume that the cyclist who thinks that traveling on a flat place, in fact, goes in “waves” up and down with the slope of 1%, the speed will range from 25.07 to 34.22 km/h. And the average speed will drop (as discussed in the article “Headwind and average speed“) to 29.07 km/h. Reverse conversion to a “real” coeff. of rolling resistance give appropriate value 0.0078. This is exactly the value that would be measured not in the laboratory but in the real road with the same coverage as the drum in a laboratory. 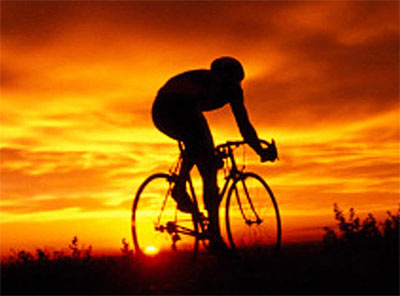 This “real” value and will be compared with other tires in order to understand, gives an advantage measured in the laboratory lower coefficients. It is interesting to note that calculated in the note “Finding parameters of rolling of bicycle from measurements of power of pedalling” from the data at the cycle track and velodrome coeff. for Gatorskin tires gave a value of 0.008, which is almost the same as 0.0078 🙂

From a fairly impressive list of tires that were measured in the lab I chose those that follow  just after Gatorskinof for puncture resistance properties . And in the end for a range of tires added to best measured rolling in the laboratory.

It is evident that in spite of the small up&downs, tires with less “laboratory” coeff. of rolling resistance give a significant increment of average speed up to 1.3 km/h. However, by reducing the puncture resistance properties as can be seen from the table, and at the expense of longevity (this is not visible in table, but the compound is in “competition” tires generally softer).

Thus, if somehow concerned about time to ride the distance, then one need to take the risk of puncture and put a rolling tire, preferably with a latex tubes (or even better – the tubular tire 🙂 ). 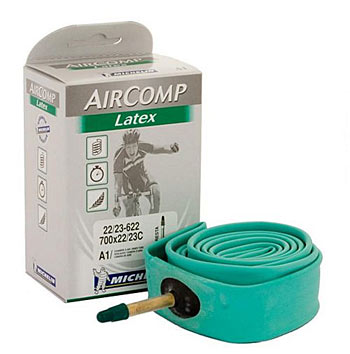 To add 1.3 km/h to average speed at speeds of about 30 km/h due to the power of the legs (in my case) is not easy. While by changing the tires it will happen by itself 🙂  If we recalculate this advantage into minutes, then at a distance of 200 km it give 18 minutes. That’s enough in case of puncture calmly change the tube 🙂

Or one can follow the standard way to put stronger tires for training runs, and good rolling for competition. Calculations show that it is justified.