Updating the firmware is a good but dangerous thing. There may appear bugs, where they were not before. Although it should be quite opposite, as the new firmware is usually removes detected errors. Generally I try to follow the rule “if work – do not touch” 🙂 However, in recent times manufacturer ususally not asks if I want a new firmware, it can fly “through the air” or when connecting device to a computer.

A rollback to the previous version or so-called “Downgrade Firmware”, is usually difficult and dangerous. Unfortunately, with my Garmin Edge Touring was happened just such a story. After updating firmware navigation on the route sometimes stop. About this and about how to return back, more in the note.

Navigator Garmin Edge Touring has been announced on Aug 2013. My unit came in the autumn of 2013. I updated the firmware to 2.60, which was released in November 2013.

The study of the device was on the late autumn and winter, and in spring 2014 before start of cycling season I check whether a new firmware release. This was done with the help of Garmin Express standard program. New firmware was not released, so I updated OSM maps and began to use device. I did not check further releases of firmware, while update the OSM maps once a year before the season. More about this in the article: “Garmin Edge Touring: navigator for cycling“. 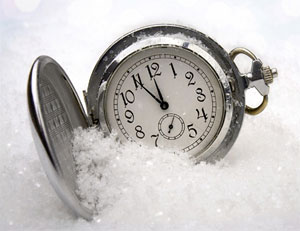 Firstly, in the autumn of 2014 in Russia switched to the so-called permanent winter time, in connection with Garmin began to show time-shifted one hour forward. The time it takes from the satellites, apparently GMT and makes a shift in accordance with its internal settings in which users are denied access. As it turned out, the firmware update does not help. It was necessary to  update separately new release of time zones with Garmin Express, while firmware could not be touched. Although not sure whether it would update only one thing. On Mac Garmin Express asks what it to be updated, and on Windows, without asking updates all to fresh versions. Although I can be wrong, especially not focused for it.


Secondly, I am not satisfied with the work of backlit screen when connected the external battery. In standalone mode, I set the backlight to “15 seconds”, it is enough to see the map when garmin beeps attracting attention. Or tap on the screen, if the questions, then the backlight is switched on for 15 seconds, and that’s enough. 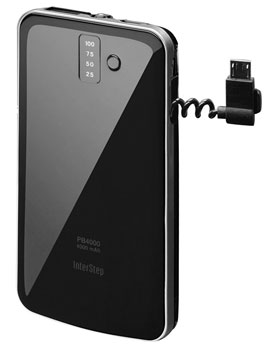 For the 300 km brevet I took an external battery. The internal battery lasts safe on 10 hours, while the estimated time of ride was 2.5 hours more. External battery pack planned to use for the first 200 km on the Garmin, and at last checkpoint at 100 km before the finish switch to the smartphone which also recorded track. When connecting an external battery Garmin Edge Touring stop control the lighting of screen. That is, either is lit (but you can reduce the brightness), or it can be turned off completely. Disable of backlight was not good for me, but with the minimum acceptable constant lit Garmin eated external battery in 8 hours, and the phone got nothing 🙁 As it turned out, firmware update were not help, this feature developers were not touch.


So, a month ago (in Aug 2016), before the brevet, which I was going to check up “by track” it came time to upgrade correct timezone (erroneously believed that it will help).

Before the start in 10 minutes I struggled with bug №1 on terminology of note “Garmin Edge Touring: navigator for cycling“. It is expressed so that Garmin instead of load the desired piece of OSM map showing on his tiny screen map from the White to the Black Sea. Therefore, in the end I zoomed in by poking at the “+” sign and went without navigation instructions just by looking at the track. 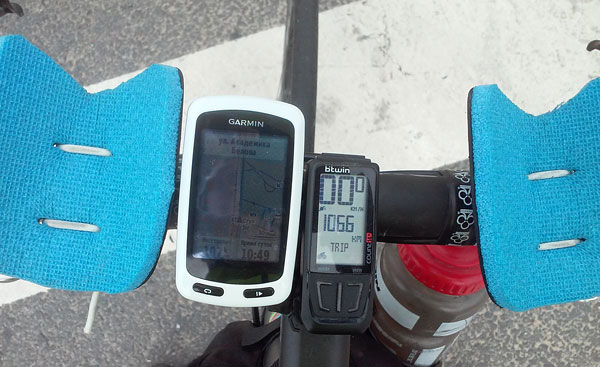 That is, the track and the map were shown,  only garmin’s tips of turn-by-turn navigation has not been. This bug was fought, details described in the article mentioned above. But in the next rides was deteced bug №2, which can not be affordable. This is when the route navigation suddenly disappears. That is showing the track, a map, while tips where to turn at crossroads completely disappear. Re-read the latest reviews on Wiggle (online store Wiggle.com). Complaints about the loss of navigation there is quite a lot. Judging by the reviews it started somewhere in 2015, ie long before the latest firmware release. But in my device with firmware 2.60 from 2013 for the past two and a half seasons I never had problems with the navigation! 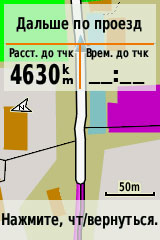 Briefly touch on how bug №2 look. At some point, there is appear a “phantom crossroad”, supposedly located several thousand kilometers away (maybe less, but obviously far beyond the boundaries of the route). Sometimes I noticed that this crossroad appears from the recent recommendations “go straight” on not important intersection, which was not in the original layout (if you run the emulation of the pass along route and see a list of intersections). That is, during the passage of this “direct” intersection zero meter is replaced by a few thousand kilometers. Further, the intersection “sticks” on the screen until tap on it by finger. After that fifty-fifty, navigation may stop, but maybe not. Depending on the choosen map, or the track (that is tried this bug on the test route with different maps and different tracks as made by GPSies, and from actual rides). Bug №2 does not always appear. At some rather intricate routes with repetitive loops it was not, and by the way navigation on firmware 4.10 was much better than on 2.60, which does not like loops and try to quickly send to the finish line. But, we can say fortunate, at one 104 km circular route with OSM maps, bug №2 appeared strongly in the same place, so it was possible to catch it and understand that it is not because of settings, track, version of the map, but because of firmware. 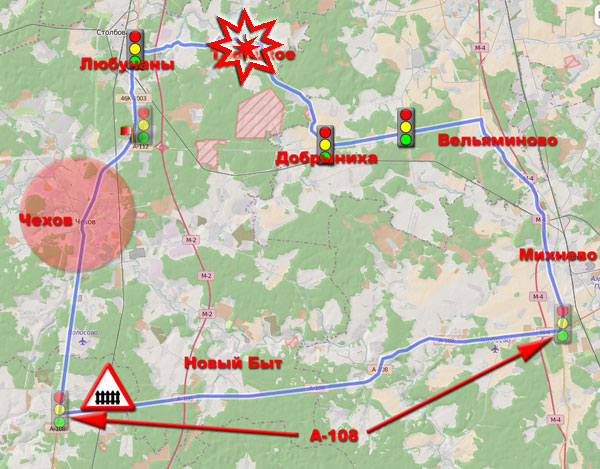 Finally about rollback of firmware. I do not know on what firmware version this bug was appeared. And do not want to investigate. Still, for each check I need to ride 104 km 🙂 So firmware was returned back to the proven version 2.60. Although it is possible to return to any version.

It is not possible to restore firmware with Garmin Express.

When doing an Internet search to firmware downgrade, the first hit on the discussions was Garmin Firmware Patcher program that overwrite any old firmware so that Gamin Express believes its new and therefore does not update. I decided not to go there, and indeed in a deeper consideration it made for Garmin Edge was able to work with some additional raster maps format.

Nevertheless firmware rollback is, and as far as I understand, is safe for the “health” of the device. To do this, you need to download the firmware from this site. There are different firmware for different devices Garmin Edge on site. You need to select EdgeTouring_260.gcd file (size 9.3 MB), and click the file to download it to your computer. Then, the file should be renamed as the GUPDATE.GCD. Connect your Garmin Edge Touring to your computer, and copy this renaimed file to the folder “garmin” of device (not to the similar folder on flash card, better to remove it before!). Then it is necessary to disconnect Garmin from the computer and turn on (restart). In the process of loading the device will alert (in English), that the firmware version is older than the one in the device and asks to overwrite or not and, receiving an “yes” answer, replace the firmware. Settings after this will be as “out of the box”, that is, you will need to re-select the language and profile settings, and go through the menu for other settings.

For convinience, I put the firmware file Garmin Endge Touring ver 2.60 and same instructions directly to the site in EdgeTouring_260.zip file (4.1 MB). When click on this link  file will be downloaded to your computer. Next you need to unzip the file.

GUPDATE.gcd is a file ready to copy to folder in Garmin as mentioned above. No need to rename. ReadMe.txt – instructions in Russian.

I ride now with the “old” firmware (ver 2.60) and like it more and more. The improvements noticed in the firmware 4.10 is no longer seem as good, but on the contrary controversial. For example, more correctly to show the maneuver at the intersection just before the intersection, as in 2.60, but not before a few kilometers, as it often happens in 4.10.

But most importantly, Garmin Edge Touring now operates as a watch. So it was before upgrade, but did not noticed how good it was 🙂