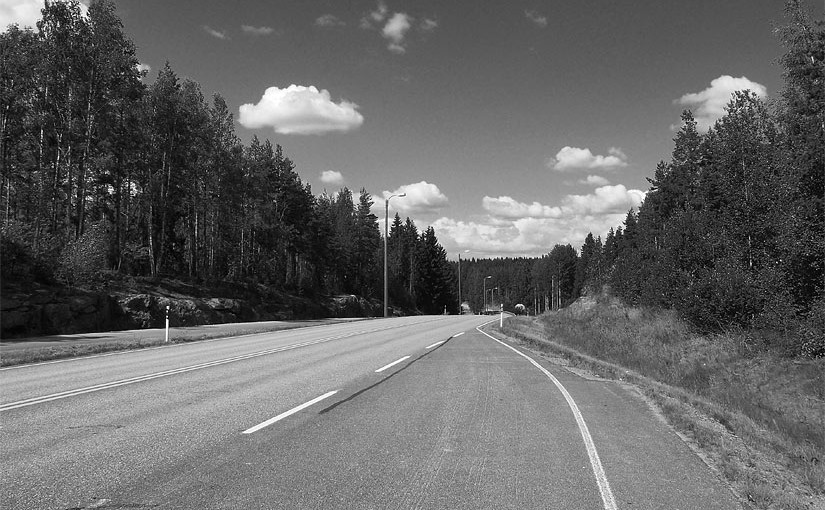 Here I write how to organise independently cycling holidays in Finland. Finland impress by how roads are comfortable  for cycling. Especially worth mentioning bikeways with independent junctions.

We organised to by chance at the beginning of the season 2014. We liked result a much so it was repeated several times. In this article I describe technology of independent bike tours to Finland, then in following articles give a brief description of real routes. I must say that due to some reasons in  we are not going to Finland this season (2015). One of the reasons is that we found about the same near Moscow. But we needed to know what to look for 🙂

In mid-April 2014 we had to go to St. Petersburg (from Moscow) by car. On the weekend we decided to drop to Finland, so we put bicycles to car. We did not start to ride in Moscow yet, the snow just gone, but it was still dirty and dusty. Through “booking.com” we booked budget hotel near Kouvola for a couple of nights. From St. Petersburg to the hotel we drove about four hours.

A couple of words about how we planned the first Finland cycling holidays. The most exact to say, “in no way.” We based on online maps, namely Google maps and GPSies, navigator for cycling Garmin Edge Touring and two different navigators for car. Of course, a strict condition, Wi-Fi in the hotel. All this is enough for completely stress-free ride in Finland and by car and by bicycle. When the weather was suitable for a cycling, we paved circular route for the desired distance, then rode by cycling navigator. In bad weather, we looked where to go for sightseen and drove by car with a help of car navigator. Or drove by car after cycling. Or before 🙂

Few details. The hotel, which we accidentally booked, is in the town Myllykoski (“mill riffle”), 14 km to south from Kouvola. 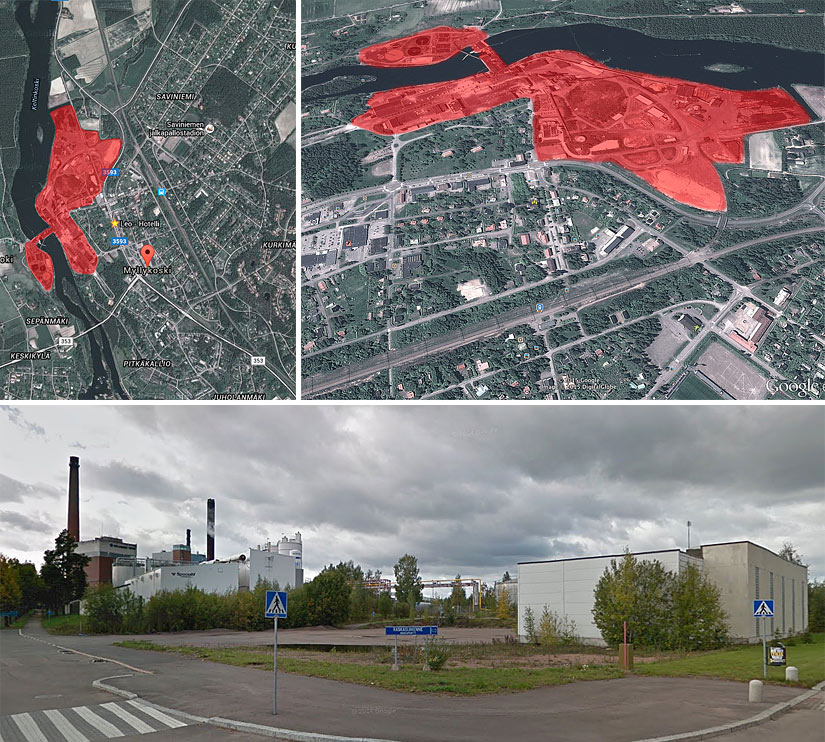 The main plant of this town, a huge paper mill (marked in red in the image from the satellite) does not work for a long time, so the place gives some strange impression, something like the movies about the future after the disaster. 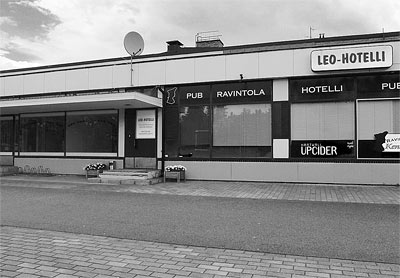 Hotel is located in a small office and entertainment center, on the ground floor a large bar, dry cleaning, a few shops, on the third floor in a separate wing the several cozy offices on the second floor a few rooms of hotel. But all except small hotel – in the past :). 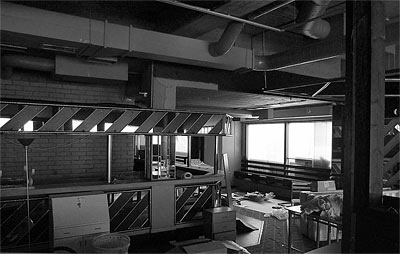 From shopping and cleaning were only inscriptions on the glass of displays, in the bar was left furniture, but half of the space in the picturesque state of defeat. In the office wing there was visible environment and historically old monitors trough the windows . Judging from the backstage, the last people were out from there 10 years ago. In the courtyard is large parking. 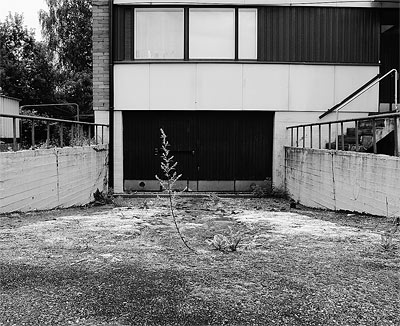 It is a picturesque entrance to the underground garage, a little overgrown with weeds. But for the comfort of the hotel all this strangely have positive effect. Home atmosphere. The owners – a Russian-speaking couple. Wi-fi, shower in the room, fridge, microwave and tea in the corridor. In the next visits we simply write them by e-mail. Here is the site of the hotel. Recommended. 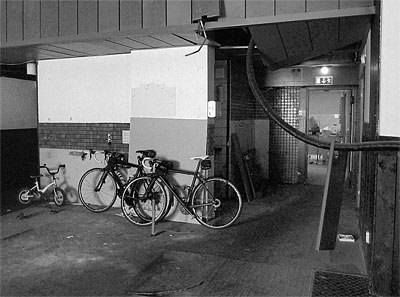 We kept bicycles in an abandoned bar. When ready to ride you go down, pump up tires, switch on navigator and go. All was very easy 🙂

From the hotel to Moscow it was takes 15 hours. Of these, 11 is Peter-Moscow. Now probably less as opened of sections of highway M11. On the way back from Vyborg to Peter I recommend try road along the sea. Cycling club from St.Petersburg use it often for brevets and race. Unpopulated and beautiful places. 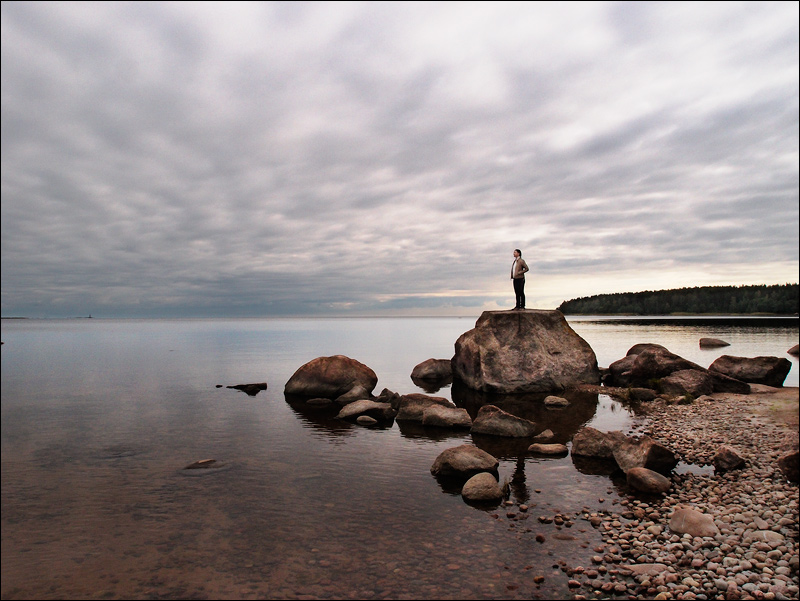