Sometimes it need to neglect the principle of “personal experience” if “digging” the Internet suddenly leads to a remarkable information that has long been waiting for.

Generally, in the world of cycling is much more interesting things than one might try. This is a huge amount of information that does not concern me directly, but it orders something in my head 🙂 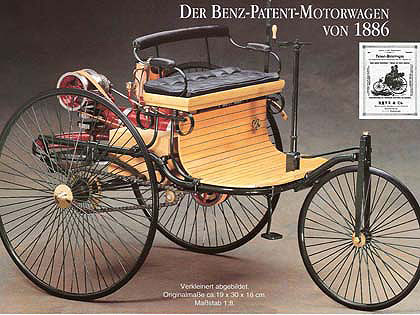 From my childhood it was not clear why the progress in the construction of the bike so far behind the construction of car.  They started at the same time. And the first cars were similar to the first bicycle, in particular the drive chain and sprockets. But then bike immediately conserved in the development, even an expression appeared, “it is not necessary to invent the bicycle.” Maybe design a bike was so good? 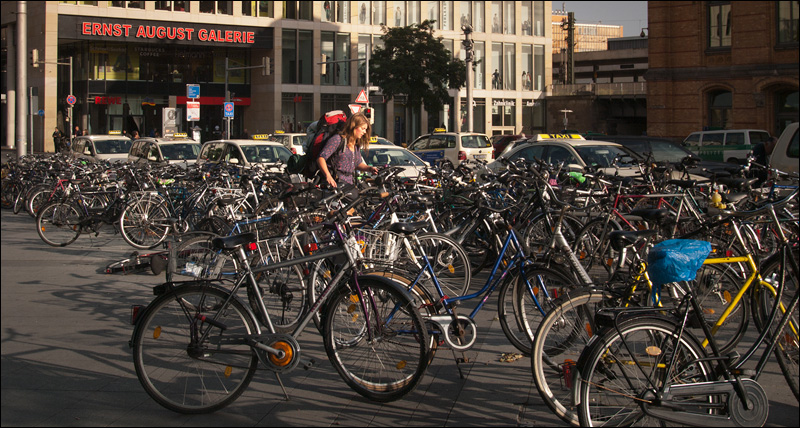 Probably it because the fact that the majority of bicycles are used for short trips in the city. Here, for example, a photo of small part of the terminal station square in Hanover. All these bikes could be on the same picture, taken 100 years ago. For these bicycles progress is not needed, moreover it’s harm, because bike it easy to steal from forecourt. One could speculate about the impact of road and mountain biking on the development of the bike, but it will be “a lot of letters” and off topic 🙂 I can only say that the planetary hub (hub of the rear wheel with a choice of transmission), appeared as a result are just for “commuters”, which on the whole is not necessary.

Gearbox which will be discussed is intended primarily for multi-day rides on the on road and for mountain biking.

That’s lineup of Pinion bicycle gearbox of this year. This is a real gearbox on the construction similar to car gearbox. The range of transmission of model P1.18 with the stars 30 on box and 21 at the rear is from 1.28 to 0.20, with 18 evenly spaced gears.

For comparison, consider a “normal” road bike with the wide range of transmission, three-star 53/39/30 at front and the cassette 11-28 (10 stars) on rear wheel.

Number of effective gears (counting the overlapping of gears on different stars) – 16, the gear ratios of 0.21 (it’s between 17 and 18 of gearbox) to 0.93 (it is 4th of gearbox). That is, the box gives a range much wider than it is now possible on the stars.

Weight is about 2.7 kg, which confined using in kind of sports bike, where weight of the bike is very important. By comparison, the front three stars  and 10 rear with gear switchers weighs approximately 0.85 kg. Bicycles, where a couple of kilograms is not key point, are fat bikes (for winter and unstable terrain), enduro – downhill, (that ones that are riding more from the mountain than up hill) and for “multi-days” on the road (where it is necessary to carry some luggage).

Added in August 2016. At the forthcoming autumn exhibition EUROBIKE 2016 will be presented range Pinion 2017 year, which will begin with the letter “C”. For now it is possible to compare the characteristics of S1.12 box with P1.12 produced now (12 gears). The main change in the body material, which is made of an alloy instead of milled aluminum. Perhaps this is related improvement in totally three parameters:

As long as the changes “not revolutionary”:)

What in principle gives gearbox? It not afraid of dirt and it does not need to maintain. This is a significant step forward. In today’s bicycle all sorts of bearings as one can say are not serviced. That is not afraid of dirt, moisture. Year (or years :)) they can not be maintained. Only transmission: leading stars, chain, driven star are fully open. 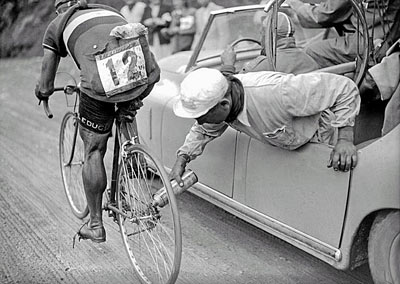 If to fall to the bad weather conditions, then the sprockets and the chain can be killed very quickly. If  do not fall, then a little slower. Dirt working as an abrasive, grinds chain connecting pins (chain as it is stretched), abate teeth of stars. Easy chain lubrication, as in the photo does not help. If we imagine that the bearings would be as open, the bike would not have move at all. Besides the fact that the transmission may be in the mud due to the openness it can be damaged due to mechanical influences that fit into usual situations. And indeed quite often it need to adjust the switching of stars. 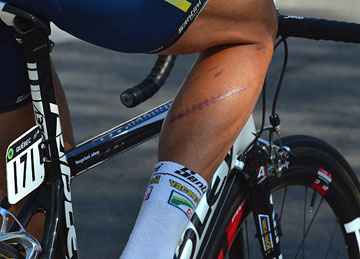 One more drawback of open transmission is a breach of safety. Rotating stars are in close proximity to the legs.

In fact, it’s not so bad, just outlined that we do not notice it while cycling. But after switching to enclosed transmission it would not clear how we have not seen it before 🙂

Now for the unpleasant. For Pinion bicycle gearbox it need a special frame. It do exist. 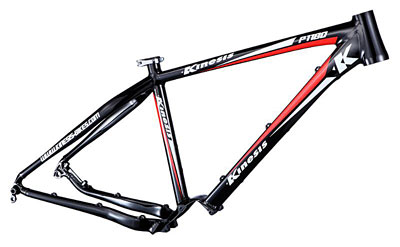 It  separately sell, and with finished bicycles. But I do not like the frame geometry that is clearly violated linked triangles. Instead of two triangles there is no one. There is concern about the strength of this frame. Or it is not as strong as in the conventional design, or to be substantially heavier. And it as something not gracefully looks 🙂 Frame obviously need to be redesigned, not just cut the tubes from the existing frames and weld folded plate. 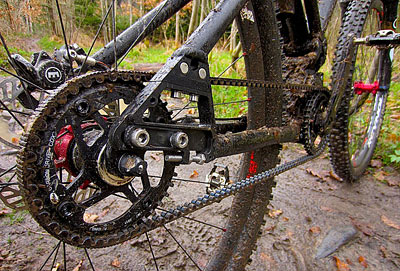 Need to say that the drive (this is or a chain or a belt) is stay “on the street”. It collects dirt, and could capture some sticks. Need or housing or other construction of drive in the form of a shaft. In both directions there are developments. 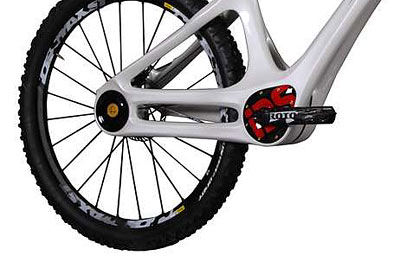 For example last year, Gregory Zielinski collects funds on kickstarter (project Nuseti) to create a mountain bike with a gearbox of his construction and chain and sprockets inside the carbon frame. The entire transmission was completely closed. But the funds were not collected, the project has not started.

There remains a question of comparing the efficiency of the gearbox with stars. About planetary hub reading that the efficiency is much lower. About a box it is hard to say. There are some ideas, but it need to check something 🙂

In any case, gearbox for a bicycle is a huge step forward (even though delayed by 50 years :)). At the forum I’ve red user comment of the pinion gearbox on a mountain bike: “I will never return to the stars ” 🙂