When you touch long-distance trips,  you immediately go under pressure of words: isotonic, gel, electrolyte, rehydron etc. In my opinion, it should be considered very carefully. I invite to further reading those who are already under pressure, but are not using sports nutrition yet.

The topic is quite questionable, I warn in advance that this is only my opinion. I believe that if one do not participate in the serious competitions and if not ride multidays marathons, sports nutrition is not needed. Even more – no need to try, otherwise there is a risk of “get hooked”. It means that it may begin a dependency and then it will be difficult to go without a special nutrition even to short distances. 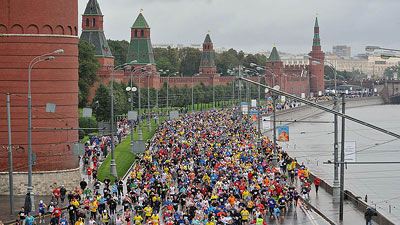 As far as one can understand the theme of sports nutrition comes from marathons, and in the way as it arranged now, when this is mass event mainly for amateur runners. Professionals are fighting for prize places, but the main of participants are focused on the fight with themselves. Cyclists also refers to similar workouts. 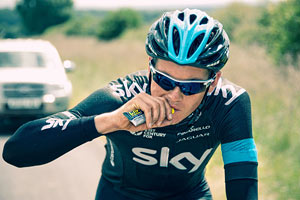 That why developments for mass marathons are applied unchanged. Mass means the market. Therefore, developments in order to achieve high sports results, “de facto” became mandatory for fans of fighting with themselves in exorbitant for the organism zones. 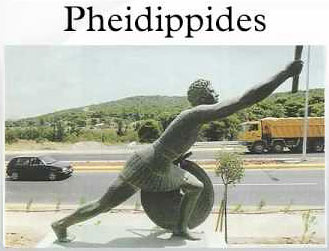 It come immediately to mind the horror stories about the first marathon runner, who exclaimed: “Rejoice, the Athenians, we won!”, and immediately died. Or downtrodden horse that run until she dies, foaming at the mouth. But if they consumed gels and isotonic, then … 🙂 But if to dig deeper into the Internet, it turns out, the Fidippidis not only not dead, but do not run that distance. Around that time, he ran to Sparta, and successfully. And horse are died by the fact that their “design” does not allow the long run gallop, lungs are ripped. 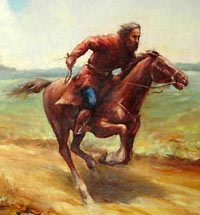 But if to spur horse, it’s work instinct “bite wolves”, so the organism goes on a deadly risk for possible rescue. Man can not die from running. That, at least is now considered. Analysis of deaths on the marathons showed that death was during the run, but not because of run. Just the time has come.

In general, man do not die because of exorbitant forces like long-distance running, no matter with or without isotonic. Man “is simply” stop, go to walk, would faint, while before this his legs will reduce by spasm, and after he will turn inside out. So, sports nutritions is used in order to delay this threshold. 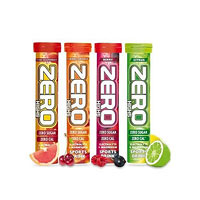 It developed based on research of chemical processes in the organism, mainly in the muscles, stomach and blood circulation. 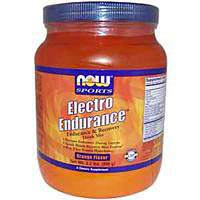 That is how quickly deliver to the muscles from the stomach what there is not enough. Of course, quite convincingly. The main knowledge is approximately 60 years, but in the last 20 years, there were some changes because of the fact that not everything must be explained by maintaining the balance of chemistry. The results as  it can be seen are present. 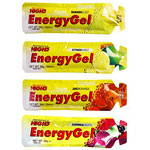 Now to take part in the marathon is not cool, real “tin” comes on the marathon, which is the final step in a triathlon “iron man”. That is, the limits of the organism of amateur were significantly expanded, and it is possible because of precisely the right sports nutrition at a distance.

Here I’m not going to prove anything. I want to say just the opposite: if you are not even go close to the limits of your organism, then why eat gels and drink isotonics?

Why it could be dangerous? Because of dependence. Once I read popular scientific article about how alcohol enters the brain. The article was in this way that the brain is very protected from any harmful chemicals, but that alcohol somehow squeezes through the defense. I found it strange that the author had not noticed the main conclusion. The organism does not protect the brain from alcohol, but only cleans alcohol from unwanted impurities. Because the brain knows what is alcohol. The alcohol is in the blood of any person, including those who never have tried 🙂 Therefore organism produces it itself, and can dramatically increase the amount when it is necessary for brain. I think the same applies to drugs of plant origin. If they are synthesized by plants and mushrooms, then why can not be synthesised in the body of human? When I’ve red the story “Cocaine”, which is sometimes credited to the authorship of Nabokov, I’ve drew attention to the similarity of the description of the narcotic state, to state when it found solution of difficult task: unlimited bliss because for a short time one become an absolute genius 🙂 If we translate this into the language of chemistry, then after solving the the task organism produced a cocaine and deliver it to the brain, and again, the brain knows very well what cocaine is. Apparently the organism is a sophisticated chemical laboratory. I suppose even on the rights of obscurantism that not only chemical. Discovered recently cold nuclear synthesis also could present in a biological organism. I assume that the hen will lay eggs even if the calcium will not enter to her body.

From general considerations, for organism it is difficult to produce chemicals while much easier to get it form outside. It may therefore lead to dependance. To the limit that the organism could loose the ability to self-producing of the necessary components. But even if do not lose completely, it will claim. Somehow suddenly I wanted to buy mineral water, I will not name which one. It was strange because there is no such a habit. Wanted, bought and drank. And then two weeks could not quench thirst. The organism clear let me know that it requires that mineral water, not H2O, which I give him 🙂 Something there was from a half of the periodic table, which has been listed on the label, that organism immediately included to the list of “Stop production. Get from outside”. 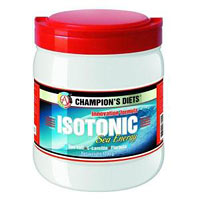 That why I don’t want try isotonic and will not 🙂 Pretty good can imagine how the organism then will demand magnesium, manganese, etc. Legs will be cramped even before approach to the bike 🙂

Actually I come here to the last thought. It is possible that the body requires a mixture of sports nutrition at a distance just for reserve. Study of the past 20 years, that I’ve mentioned, concern that chemicals entering to the body of athlete does not go directly to the muscles. As I’ve wrote about own experience in a note about the preparation for the first Brevet, this also applies to the usual carbohydrates (and sugars).

The organism can not assimilate the substance from outside quickly. 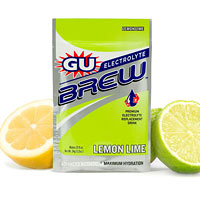 As far as I understand from the analysis of the penetration of alcohol to the brain it is necessary to take time for clean up substances received from outside and possibly make a primary chemical reactions.

But when getting them from outside the organism safely consumes reserves. Probably there is quite a lot of these reserves, the organism can be panic very, very in advance. So, apparently it is possible to negotiate with organism at a distance without “isotonics”. At least, I try and I will try to feed at a distance of only “conventional” products. The exception is Coca-cola and similar drinks, after the finish, or when it is absolutely needed 🙂 Apparently I’ve already “hooked” on it.

I underline once again that all these arguments do not apply to the two cases. The first one – focus on results “at all costs”. Race against the clock, for example, or to get out of “such and such” time. The second – long marathons. I can imagine how to ride for 300 km, in about 12 hours. Faced with difficult conditions in 200 kilometers, when the body was depleted of even much stronger. Thereafter, it was necessary to restore, sometimes two or three days. And if you need to go to 1200 km, in the classic mode of long brevet: 400 km riding then three hours slept, then again ride? I cannot imagine this in details while, but I admit that rebalancing during only three hours is not real without the addition of minerals from the outside.