In this note I describe configuration for recording classical guitar at home.

You can arrange recording classical guitar in different ways, so I do not insist on this setup. But there are a few things that not bad to pay attention for. 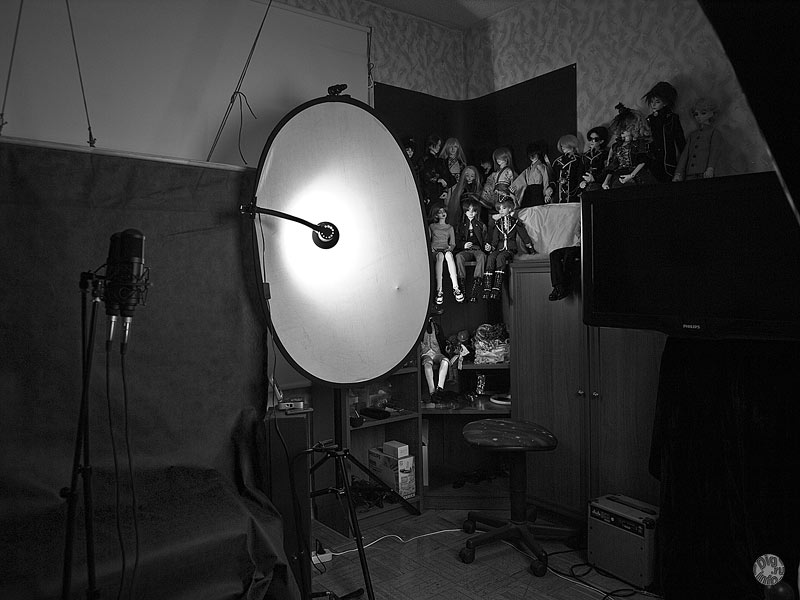 Looks like it is quite far from the musical instrument. This is due to two factors.


The first – it is distance (not close) for audience, so recording classical guitar will be more natural for listener than if you put microphone closer. In addition, it will be less of additional noises (from strings winding and nails). Resonator of acoustic guitar collects and amplifies sound and sends it from performer to listener. Artist therefore hear the instrument not so as listener, the main sound flies away from him while all sorts of overtones and noises fly in all directions, including the artist. If you put microphones near, the artist may consider that everything is fine as it is the same he hear. But actually “right” sound is formed at a certain distance from guitar, at least one meter. I’ve read about the last concert of Paco de Lucia at the House of Music (Moscow). He initially refused to play because the microphones were placed too close, the engineers were looking compromise for two hours.


The second point of recording classical guitar is quality and volume of the room. In other words it is recorded guitar + room. Therefore, better to put microphones somewhere in the middle of segment from guitar to wall. And the wall, of course, should not be smooth, in general, the more sound diffusers, the better is sound of room. 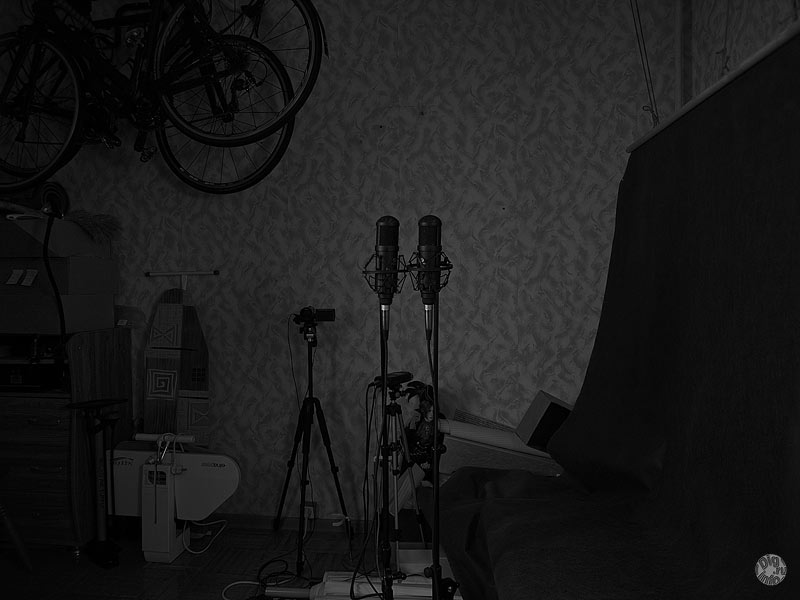 The reflection of sound is important for the artist also. Francisco Tárrega did not like to give concerts in large halls because guitar was not heard for him. After such concert, he and his friends usually went the cafe and He played all night, could not stop because of a completely different quality of sound in a small volume. Tarrega, for those who are not in guitar theme, is known because a powerful (in former times) manufacturer of mobile phones Nokia  has used one of his music phrase as Nokia ringtone.


Microphones Octava-319 (Russia, Tula), a stereo pair. It is important to buy a stereo pair. High-quality microphones are manufacured with slightly different characteristics. At the factory to stereo-pair microphones with a maximum matching characteristics are selected. Microphones Octava-319 – with a large membrane. For recording musical instruments is considered to use medium and small membrane, but I did not found convincing explanation of it for recording classical guitar in studio. I think that the more the membrane, the more audio information is recorded. So in my case – solo performance in the studio, one can avoid unwanted sounds that can be captured a large membrane.

Microphones are in the “Spider” and setup is so-called scheme XY. 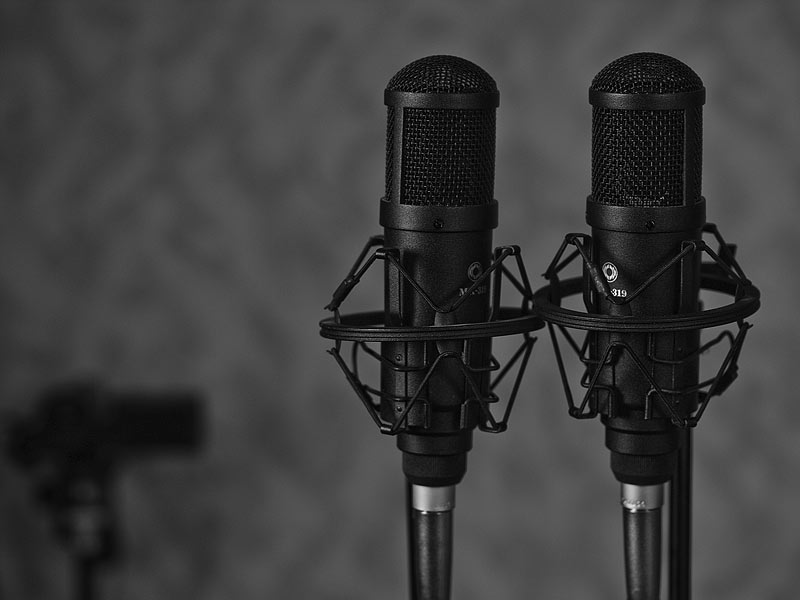 Scheme XY is when the microphone with the ability of directional record are located near to each other and are arranged perpendicular to each other. Such a scheme allows to detect the direction of the sound source and provide a “phase coincidence” that is sound came at the same time to the left and right channels. 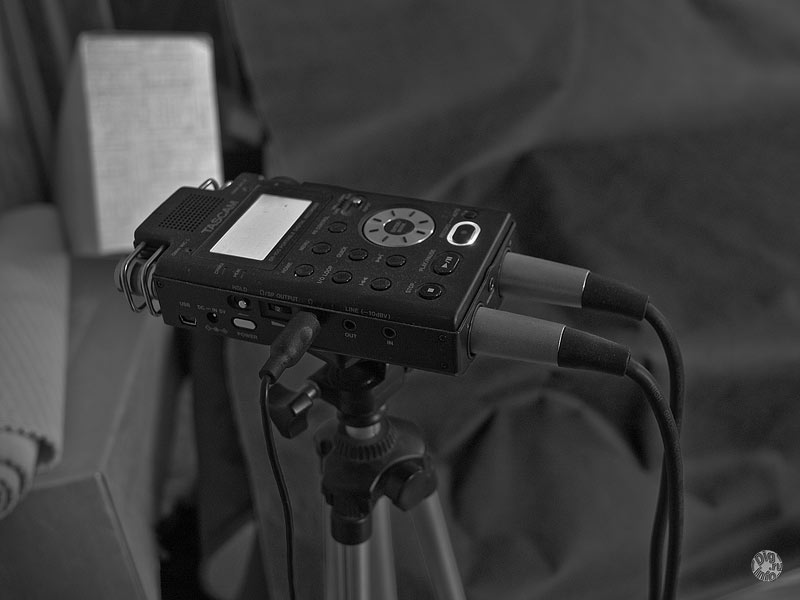 This recorder can also record sound, he has a very good built-in microphones. On the “road” I did so, but microphones Octava 319 still record sound better, although when listen recording from the recorder it appears that there is no place better :). That’s all about recording classical guitar. But I want to record video also. Therefore, the recorder operates on a “through path”, i.e. just as a preamplifier and further sound signal goes to a camcorder that records video and sound. It writes a little worse than the max possibility of the recorder, but I can not hear the difference in my headphones 🙂 .


Light supplied by two sources, the softbox and a reflector with a bulb. 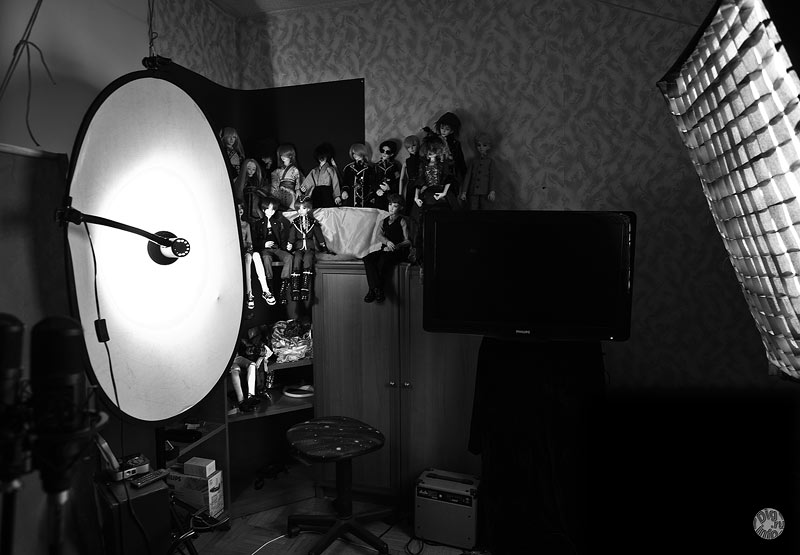 To separate the head from the background it’s put white linen near dolls. On the television screen it’s shown additional information during the record. It is very difficult to achieve coincidence of “color temperature” in the image on the TV and in the studio. Incandescent light is too “red”, so the TV had the most to reduce the blue channel, this was not enough, so I needed adjust even original video being played on the TV. In the end, I came to the record with a blue screen, and put additional video later during montage.


When recording the camcorder start with remote control, record piece, then recording is turned off. After three records guitar is tuned up. And so many times 🙂 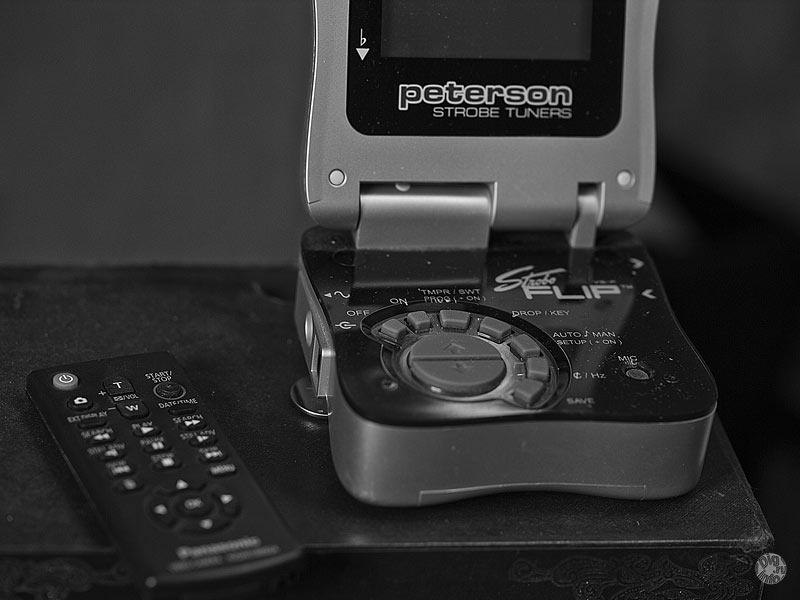 Such image goes from camcorder. 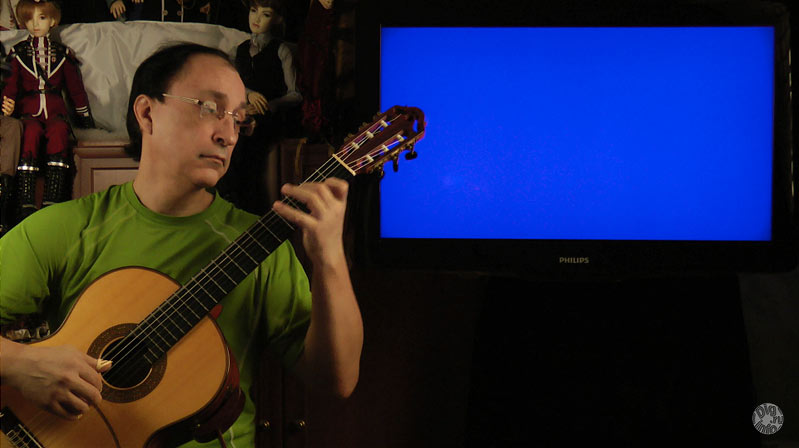 Here an example of recording classical guitar (“Unchained Melody“), with exactly this configuration.