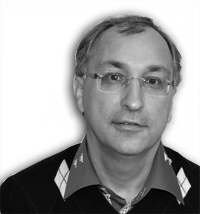 I am not a gifted athlete, when I was a child I did not go to sports sections. I have usual coordination, sense of balance, muscle mass, etc. – not like gifted sportsmen have. But in winter I always liked to go down from the hills of Moscow. Cross-country skiing usually were used only to get to the nearest hill. When I was 15, my father visited the conference of physicists located in the Caucasus and after return immediately bought alpine ski that I also could use. When I join Moscow State University, dad bought for me personal alpine ski. After the first trip to the Caucasus ski resort, it was obvious that in Moscow there is no mountains at all  🙂 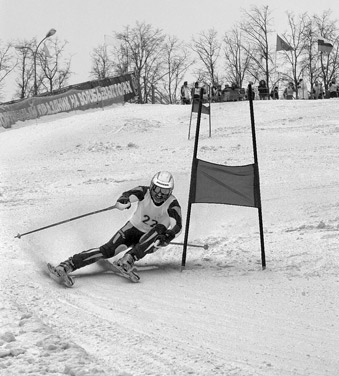 Simple go down from Moscow hill  – is meaningless. But if install the poles and train slalom – new big world opens. About 30 years ago, I was lucky to join the sports club of the Academy of Sciences, which arranged regular training and competition. I was lucky to take part in the last sport event “Academiada” in 1987, where achieved 1 sportive degree in the discipline “super giant”. Now our club called “Science (Nauka in russian)”, in the winter we arrange training of slalom 4 times per week and participate in competitions in Moscow.

As a child, I liked to ride a bike. Then it’s naturally finished. It could come back when I studied at the Moscow State University. Dad just bought a pair of “Sputnik” (by Kharkiv velo plant), but despite a heroically efforts it breaks on the ride, even in the mode of “one of the two – for spare parts”. During the first (and the last) attempt to ride from home to MSU the pedal break away. Then came a long break. Break finished when I bought a bike “with speeds” for my child and we need bikes for ourselves for rides with him in the parks and forest. But no too long. A child got old and begin to ride with friends, so our bikes begin dusting. 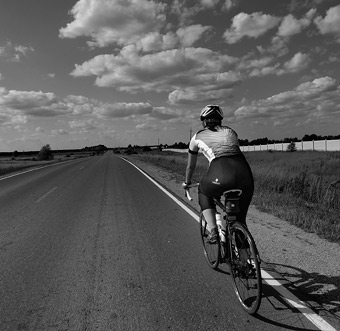 One day a friend of mine, whose main hobby – “Marathon”, said that he and his wife like to ride long distances in Moscow  in the unhurried pace, and called to try. So, the process has started, every season there were significant development in direction to “asphalt”. Cadence, 100 km in embankments of Moskva-river, transfer to road bikes, clipless pedals. Usually we ride together with my girl, as in the photo (shot on the ride). Without girl I take part in “one day brevets” (200, 300 km), and now start to try cross-country marathons. During the season I ride 5000 km. But again, not an athlete at all. Just still like to ride.

As a child, I did not study music. But to my sister came piano teacher, who taught me a little. In 15 years, it begin a strong affection to music. Learned few things on the piano, especially liked the “Moonlight Sonata”. I have no outstanding musical abilities, normal hearing and sense of rhythm, poor sound reproduction after breaking voice. But better then averages understood music as a language consisting of distinct musical phrases. Pretty quickly I was lucky to buy a guitar. Guitar – a difficult but attractive instrument. It “speaks” the same timbre as human. I think that is why it is often “humanised”. First year was spent for usual way of study chords, solo, songs. 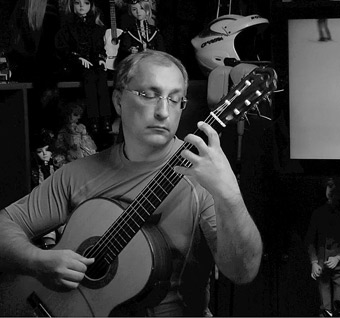 Then I was lucky to get in touch with classical guitar. I began taking lessons from a wonderful teacher – Galina Iosifovna Vladimirova . From next autumn, she took me to evening music school. Two years later, the evening school was closed, private lessons are not returned because the teacher consider that nothing else she can give. Tried with 2 other teachers – there where not my teachers (sorry to say). Dropped from theme,  many years have passed. One day was on a business trip in Paris, and saw in music store a small classical guitar. I bought for my child (8 years). The child passed similar way: private lessons – music school, and I was able to get in touch again with the classical guitar. In comparison with the past a lot of  changes was released. Internet acts now as a teacher, as a carrier of modern technics, as a library of music, as the concert hall. A few years I am playing for 1-2 hours a day. But it is not the performer however 🙂 Just like playing.

There were lot of photos before the digital age, but it no related to art photography. Photos for home album. Fundamental changes for me began with the  start of “Digital” era and PhotoShop. Then somehow naturally back  “SLR” in digital format, lenses, lights. 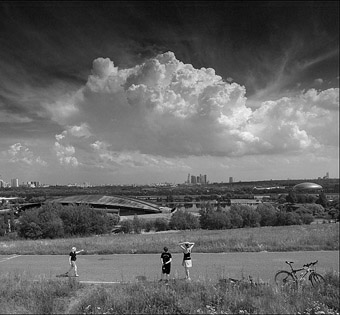 Internet acted as the knowledge and, most importantly, as a platform for publishing photo-works that go beyond the home album. I can not say anything about my professional level . Unlike skiing, cycling, music, there are no clear criteria of professionalism. The main criterion level for me is that, unfortunately, not a lot of people who are able to distinguish good photo from bad photo 🙂 I can not formulate more clearly, but I hope that something could be understood 🙂