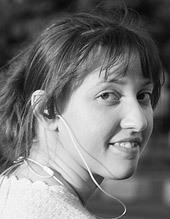 Invented approximately fifteen years by Japanese company “Volks”, BJD dolls came to me at the end of 2008. This was a doll of company “Domuya” Faith. But interest began not with her, but with the most beautiful man I saw in the back and realized that I could not live without him. It was the first release of the  so-called EID (“adult body”) by company “Iplehouse”. And there was this picture. 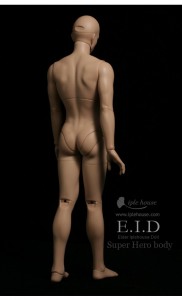 Why such a dolls needed, it’s a question that everyone is resolve by himself. I do not play with dolls. For me jointed doll – is the ability to implement a creative idea, and many times, because the same doll easily can be referenced in different images, the same body can be shown with different faces and in turns it looks like you have  two or three, or more dolls.

For the realization of the idea it must that body work well, the doll should be provided with the best mobility and stability. In the net there is a description of techniques that allow you to improve the capacity of the body of doll. In addition, I also have own experience. This is usually stretch tuning, tuning of friction of joints, sizing of joints, sometimes grinding welds.

For a better look on photo – body, hands and feet smoothly painted,  it is called blushing. This is very pleasant, creative and technically uncomplicated work unlike “Make-up”, ie painting doll faces. 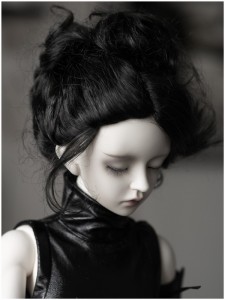 Face painting is considered highest aerobatics and because of great responsibility, usually done by the artist with a huge number of various techniques, tools and materials. Typical and basic paints for painting is a pastel and acrylic water-based paint.

The finish of many efforts to create the image: my own, artists, manufacturers of clothes and accessories, is another photoshoot. A creation in every step to the result is probably the most important and enjoyable.