I always have asymmetry in ski technique and was calm about this. This season had to work with it separately, as one turn (from right to left) became good while opposite one remains the same as before.

The asymmetry of the human is nothing strange there. So we arranged. For example, the right hand (for right-handers) are more powerful, better throw and take, and the left hand more … 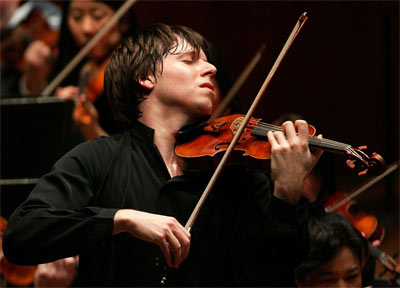 And here it must be said at once: the left hand is just different. Yes, it is worse in throwing a stone. But if you look at the violinist, the fingers of his left hand taking notes, swing vibrato, go through passages, while the fingers of his right hand only holding a bow. Moreover, I have not seen, “left-handed” violins, or “left-handed” piano (although the “left-handed” guitar is). In general, for myself I concluded that the asymmetry is because it is comfortable for living. If necessary one can pay more attention and be more symmetrical. If you go back to skiing, the people with the sportive experience in the past in my opinion are more symmetry in movements. Apparently in childhood asymmetry is easily corrected. 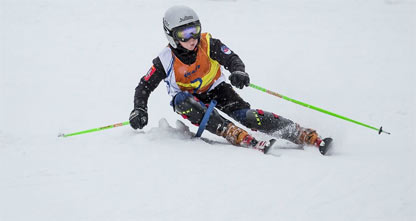 In addition, if you look closely to how the children are skiing, it is evident that they are  a lot more alike to each other than adult athletes. If you take the participants to the World Cup in slalom, then “X” can not be mistaken by “walk” to “Y”, while the “Z” has so specific style of skiing that it marks by any commentator (instead of “variable” it can substitute by any names from start list ). That is, when a child is put sportive base of “the same” coordination, on which as they mature individual features overlap. In my case, one can assume that because as a child I did not work on the movements with a complex coordination and because inborn abilities are not great, then in one adult body it was formed two strongly different and usually coordinated human (left and right). It sounds unpleasant, but calms, so that almost all of us 🙂

It looks normal (not awful as could be cosidered from above 🙂 ). Slalom track, it’s still not parquet, turns are different and passed differently. From sideview the asymmetry may not be noticeable at all. But by critical look to myself and if  to “know” what to watch, it is not difficult to see. Here, for example, two (my) consecutive turns at well organized competition “Cup of Alpindustria” in 2010. 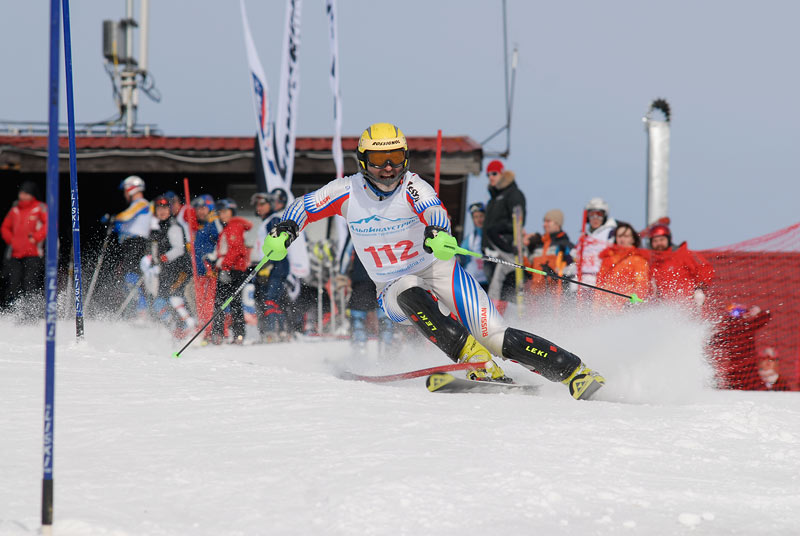 The first frame, turn on the left leg, “A-frame”, “scissors” (this is about mistakes), but a good low position of the body. In the next turn it filmed like completely different person, in particular no these two mistakes (although there are others, but this is not about it now). 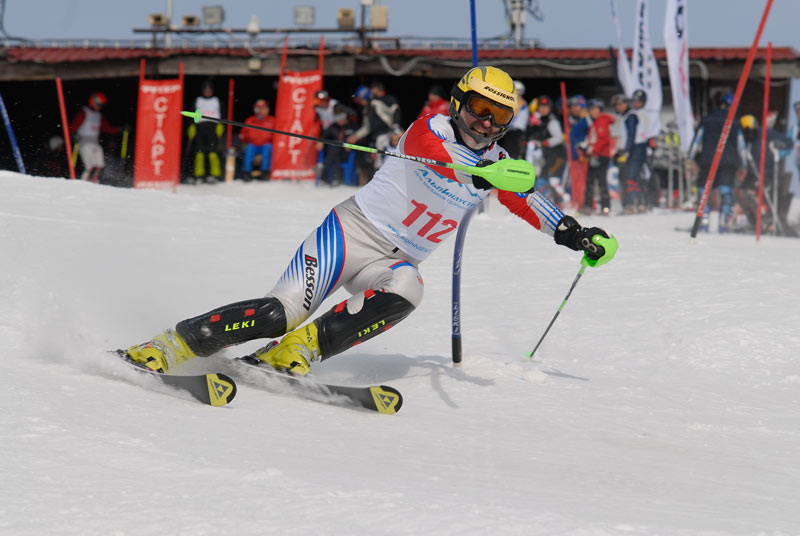 This season I need to pay attention to asymmetry more closely. After beginning of  succsess in the first half of the arc, it became obviouse “the one half of me”, which goes on the left leg, has a big difficulties to ride with clear cut skiing. This was especially evident in the first slalom competition. The track was in a difficult condition, much pitted and coverage was the bad combination of ice and snow. On the left leg skidded much more than on the right, all the time missed the begin of turn. 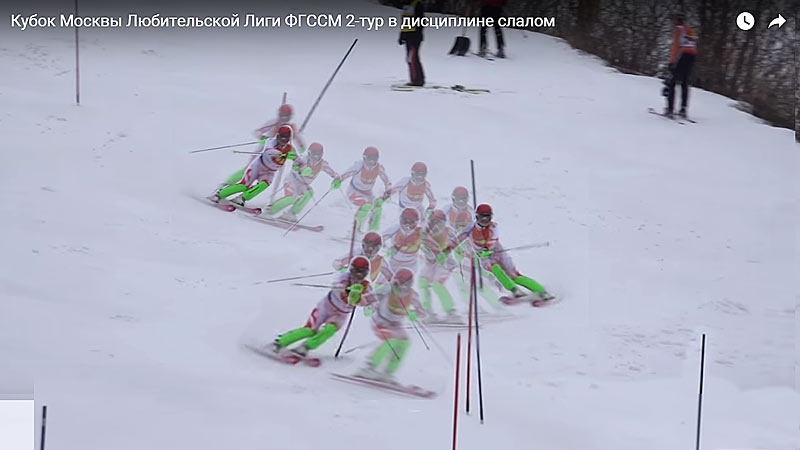 View of video recordings showed that turning on the right leg (on video – two such moments marked on the left side of the frame) currently satisfied completely, and turn on the left leg (highlighted at right) fell back to the level of “Disco 80-th” 🙂

So fight against asymmetry went in three directions. The first is the increased attention to the development of coordination and balance at left leg. Ride on one ski (only on the left, so as not to waste resources), the passage of slalom track with an emphasis on the turn only to the left leg, etc. The second direction – the more development of the left half of the body, hip angulation, “the leg from the hip,” etc. But third, and perhaps the most important field of ​​work was determined by coach Boris Proshlyakov, although I could understand it by myself from video above. When turning on the left leg near slalom pole body unnecessarily rotated “to the valley.” This leads to locking of movement body down, to difficulties in load of ski, etc… And this rotation of body is not needed. On film frames it could be seen that then the body is perfectly normaly follow the ski and the again rotate into a valley when it really need to attack slalom pole.

Habit is going to overcome though not without difficulties. Because in view within the body this asymmetry is not visible 🙁  So you have to force yourself to move internally asymmetrically for real symmetrical movements :). In my case it goes to keep the body as it slightly rotated to the right all the time, and also more rotate when turning on the left leg. Probably a few more years of work on it 🙂