Skiing is certainly assumed for skiing in the mountains. It is not so important, on the course or without a course. Skiing from small hills (for example, in Moscow) is mainly aimed to learning or training. But after you’ve learned to ski so that you can ride in the mountains, regular free skiing in Moscow generally loses this reason. The slalom course can motivate. When I had the opportunity to become an amateur sportsman and regularly ski on slalom course, the free-skiing trainings in Moscow ended (except of skiing with the family, of course). But in the past three seasons, it was possible to allocate time for free-skiing trainings in addition to training on the course. Therefore, I want to formulate what is better to train separately in free skiing and then transfer to the course.

In general, the regularity of skiing on the course and in the free descents is determined by the possibilities, no matter how trite it sounds. For the sportsman-amateur the ski is not on the first place in a life. 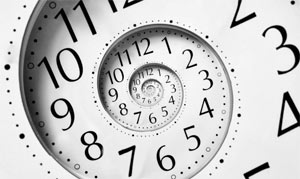 For many seasons, the time that I can allocate for skiing coincided exactly with the possibilities of training on course. Therefore, the progress, the change of inventory, the development of technoque took place right in the track. I know a lot of exercises leading to the correct technique, but when the slalom course is set up, then to work outside of some element of the ski turn I can not. Not enough willpower 🙂

When it became possible to allocate additional days for free skiing, I first filled them with exercises. That is, skiing on the course and without a course did not seem to intersect, different approaches were worked out. But gradually there was a “saturation” of the exercises, and instead it was nice to find the relationship.

I also noticed that there are several strong alpine skiers who mostly train in free skiing (in Moscow). Looks like they have only such opportunity 🙂 But at the same time they are doing well at the competitions. Probably skiing on the course in their lives is enough for not support the sense of the track. And in free skiing they do such sharp cut turns, which I can not do 🙂

I will dwell on the main differences in skiing along the slalom course and on the same slope, but without a route. In general, this is not an indisputable statement, it’s more of my vision for now 🙂

The main difference is that on the course you need to go on a given trajectory, which needs to be built and correct “on the fly.” And this trajectory sometimes can be so stiff that you can not get through on the current level of technique. Then have to show all sorts of “miracles” (and in good, and in a bad meanings). In a free skiing you do not go to such limits. (More on these points here: Slalom, training of adults and here: Slalom, work on technique in the season 2016. Trajectory).

Conclusions I will give in the form of advice to myself


In general, skiing on the course and without the course should be linked as much as possible in the sensations. For example, in free skiing, the beginning of the arc is worked out. 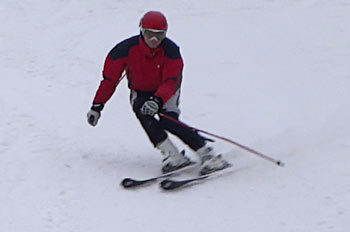 As soon as the result, you need to try to transfer it to the course. If it does not work, then you need to adjust something. It often happens that there is a gap in the movements, which can be skipped with free skiing due to the fact that there is a place on the arc. In the course there is no such place, so in the movement there will remain only what is up to the gap. And vice versa, after the end of the training on the course you need to find the opportunity to make several free descents with approximately the same pattern of turns. Quite interesting feelings sometimes. It becomes clear how to ride in free skiing. But quickly forgotten 🙂

Besides the associated elements in the track and without the track there are specific moments. For example, when riding without a course, I really like working on cut round turns. Although this is not transferred to the track. And in the track work on pairing the trajectory for a few gates ahead. So you can work on completely different tasks also. The main thing, there should be progress 🙂