Information about the Ogasaka ski collection of the next 2018 year began to arrive in March 2017. Ogasaka arranged testing in many ski centers in Japan. There were first reviews in the Japanese and Korean Internet. True, which is rather strange for the Internet era, the information was given in small portions and very carefully. Photos of a large size were sometimes removed after a day, and sometimes the images of skis were blurred over. Previously, I have not seen this 🙂 Just in case I asked Iwamoto san whether it’s worthwhile to spread the detailed information about new skis. Iwamoto san specially asked at the factory, they gave OK 🙂 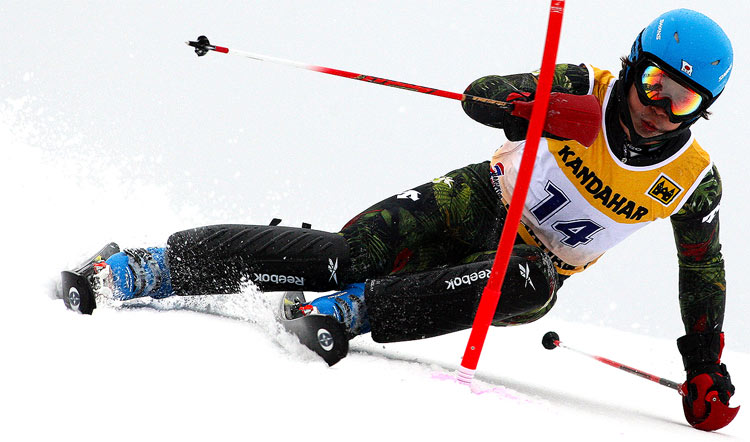 From the extensive collection of Ogasaka models I closely follow only the series “Alpine” and in it for the top slalom model Ogasaka Triun SL. Actually, I get the impression that Ogasaka’s main focus is on skis for sport carving (TC series – Technical Carving) and skis for “just” carving (Keo’s series).

Keo’s (2015 model year) we tried, the impression is magnificent, here is a review (in russian) from Alexander Zakharov.

The TC series has not reached our hills yet. I also have skis for amateur giant slalom Ogasaka Triun GS-M (more info here: Skis for giant slalom from small hills). According to these skis, judging by the catalog of next year there are no changes (except of coloring).

The same was with the model of 2017, in relation to the previous year, and a couple of years before that. We have on the our slopes the earliest slalom Ogasaka of 2013 model year. The 2014 model is identical in geometry, but slightly different in design, something is removed, something is added in the central part. The model of 2015 repeats the model of 2014 (except for the coloring). In 2016, the width of the ski was reduced by 2 mm, the mark of the boot center was shifted forward along with the detail of the strengthening of the central part of the ski, and the geometry of the side cut was retained. The skis of the year 2017 were radically revised, the sidecut, the rigidity and the shape of the deflection were changed. More in a series of notes: 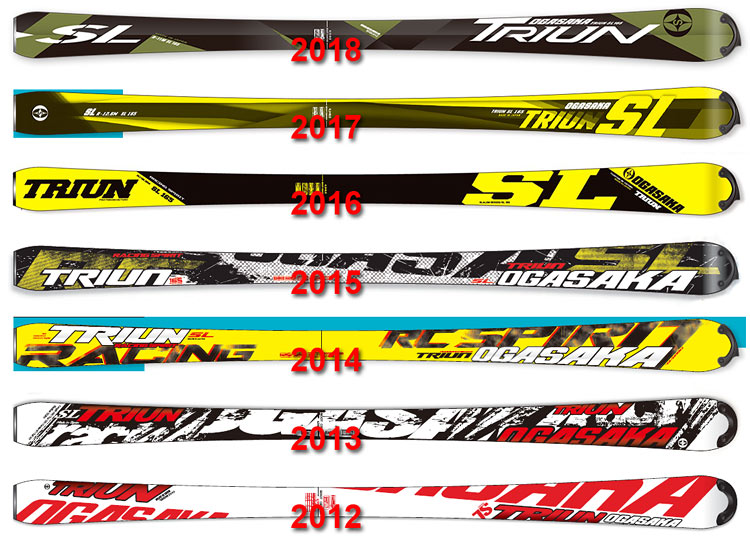 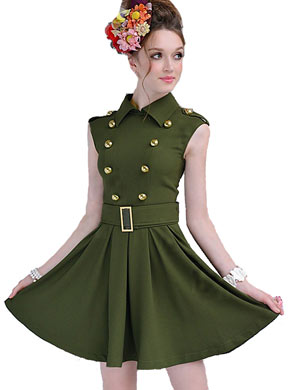 But the choice of the “military” type of color is not very clear to me 🙂 True, this style and color do not go out of fashion, but not in alpine skis 🙂 It’s interesting to note that in the photo from the catalog (the topmost) the slalom suit is about same color.

Of course, seriously discussing the color is useless, because it’s a matter of taste. But after how Atomic painted the sports series of 2018 (and skis, and bindings, and boots and accessories) discuss Ogasaka’s experiments is useless doubly 🙂 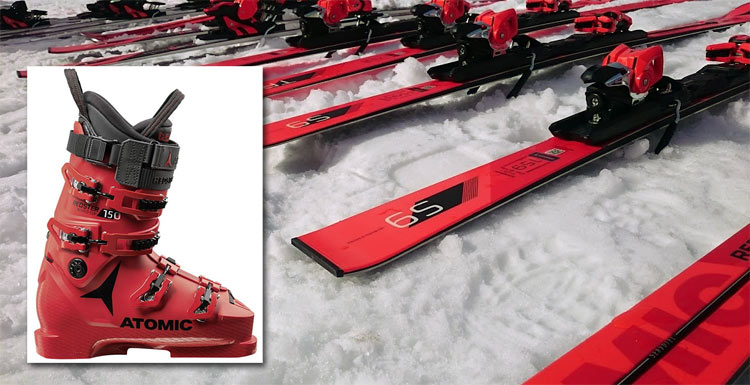 Details about Ogasaka technologies were described in Ski Ogasaka Triun SL 16/17. Part 1, catalog. Here I will focus on the changes compared with the model in 2017

–  “leading tip” the same as before. This technology of 2002 is applied in my opinion in all Ogasak skis (and, despite Ogasaka’s patent, I’ve noticed it on skis of other manufacturers too). Its essence is that the shape of the side cut continues to bend the tip. And the bend of tip itself is consistent with the arch of the ski deflection. Therefore, in the arc of tirn, the working part of the edge increases.

– Rocker (slightly raised area in tip, the technology has been used since 2011). Have returned back. In the model of last year was removed, but before that it was 🙂 In the photo on the right is a comparison with the model 2014/2015, in my opinion the shape of the rocker is the same.

– Stabilizer. This is an additional plate under the “topsheet” in the middle part of the ski, with “fingers stretching” to the tip and tail. Stabilizer was earlier in all models for several years. Now removed. This should lead to a change in the shape of the deflection in the central part of the ski.

There is no change in materials, the polymer fiber of its own name F.R.P, “zero-tension carbon” ZTC and aircraft aluminum AL 7178.

There is no information about the design change in the catalog. In the scheme on the left, the design of the models of the past years. Design “Shell Top” (the side walls do not rest on the top hardening plate). In addition, there was a traditional combination of “cap and sandwich”, although the fact that the Shell top design disguises the “sandwich”, it was not directly visible 🙂 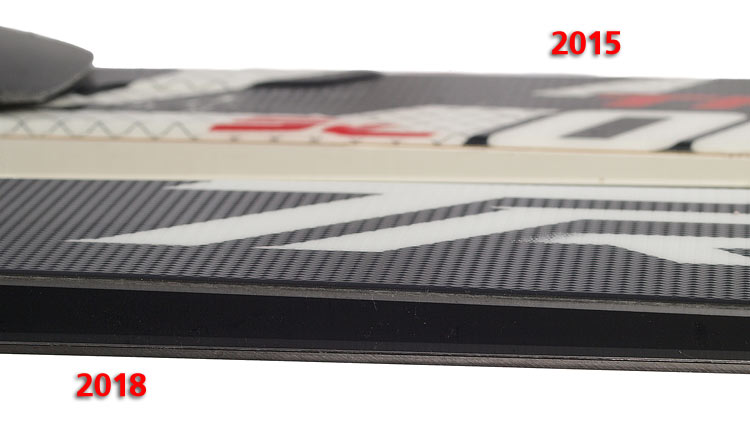 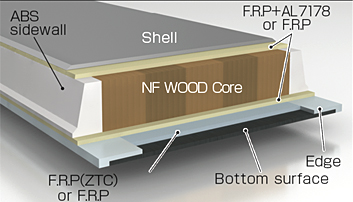 That is, the design is apparently as in the scheme on the left. That was used Ogasaka before, now seems back to it. The sandwich can also be seen in the central part, that is, there is no combination “cap and sandwich” here. I assume that an extend of upper mettalic plate in this way is done for the increase of resistance to twisting that need to be increased due to a more radical side cutout.

The skis arrived as traditionally for testing with the top platform GR585N and Salomon Z12 SPEED bindings.

I note that the platform “without holes”, allows to install any bindings (taking into account position of screws securing the platform to the ski, of course). 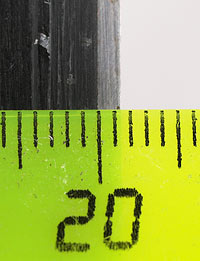 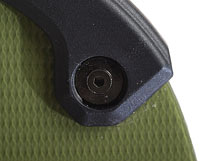 In general, based on the catalog data, you can see that the coloring, the turning radius, and the shape of the deflection and, most likely, the stiffness, have changed. All these changes are controversial 🙂

A detailed review of the characteristics, as far as they can be measured in a “home laboratory”, is in the following notes: