Slalom trainings are usually conducted with the coach. In this case, as the coach will say, so the training will be built. I want to share my views on the opposite approach. A team with own training equipments rent a slope and skiing along a course. Probably every such team has its own traditions. Our approach varies slightly from year to year. I’ll write how the trainings were arranged in the season of 2017.

Our slalom trainings lasts for two hours. Of course we want use it to maximum. We have time to set three courses and to ride with time check.

The first course – a warm-up on the gummy poles (we use hand-made gummy poles. In this site there is an articl how to make it, but not translated into English, here). We come to this by chance. Somehow severe frosts hit, minus 27 degrees Celsius. 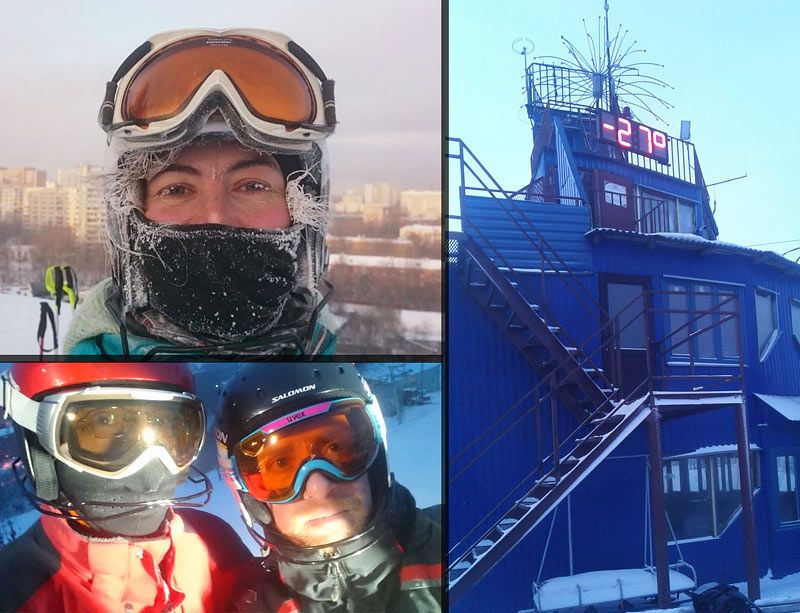 It would not be desirable to risk by slalom poles, they could break excess on such frost. Therefore, the whole slalom training was conducted along gummy poles. Gummies we certainly used before, but this time we put in exactly the geometry of the usual course, the distance between gates is 6 skis (9.5 – 10 meters). An hour later, the gummy poles were perceived naturally, approximately like slalom poles. And then we began to find and some advantage, the level of stress, if I may say so, on the route from the gummies is much lower. In such a frost this was especially noticeable 🙂


So we decided from the next training to begin the warm-up from the route of gummy poles. 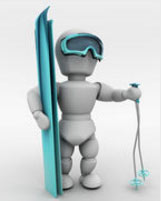 And this idea came synchronously to several colleagues. Before that, we set two courses during training. The course from the gummies turned out to be an additional one, the third one, but the first one in turn. Usually, before training on the course (from slalom poles), we did several free descents to warm up. Since the “stress level” on the course from the gummies is low, you can immediately warm up on gummy poles. That is, it turns out it is an additional course, and not instead of “normal”.

Thus, by the start of the rental period, a course from the gummies is put, but with the geometry of the usual course. It is necessary to control the distance between gates, for example by skis. If you put “by eye”, then gummies provoke to put a denser course. Gummy poles are put quickly, and easily by one man. This is another advantage. We train on gummies for half an hour. For our hills in Moscow, this is about 10 runs. 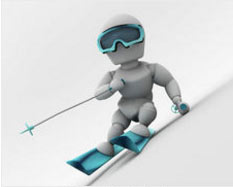 The tasks for this course are set by yourself (there is no coach). I try not to rush at first, to go under an intensely broad arc, to approach the gummy across the slope. Then I make the arcs narrower, and at the end I increase the speed. And of course, the main thrill of riding on gummy poles, I try to take it with a boot with a characteristic popping sound 🙂

Then the second course is put. In the first half of the season without figures, then with one or two vertical gates. In general, the course is simple. It is important to set up the course quickly. With this we have, frankly, problems, because we need an excellent teamwork. One removes gummy poles, the second or third carries quivers with slalom poles. They need to give poles to the setter in time, two pieces each time. And one or two more must torque, and so quick that the setter did not have the temptation to twist the pole with his hands after inserting it into the drilled hole. That is, well-coordinated work of five people. The setter should also think less, because the route should be simple. If everything is done quickly, you can meet the minutes at 10, and if “stupid”, then it will take half an hour of valuable time. 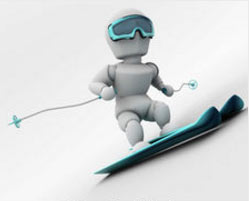 On the second route we train about twenty minutes (5-6 runs). I try to repeat in a condensed form what I did on the course from gummies. First, go closed arches, coming to the pole across the slope, and at the end go for speed and almost straight to the pole. 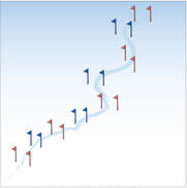 The third course traditionally sets a very strong skier, and “for himself”. It needs to relax, how much time it takes is not known. Usually strong alpine skiers “with feeling, with sense, with arrangement” create an architectural structure, full of figures and abrupt transitions. The distance between the gates can be very small, and the wideness can be reversed. For information, to the hill we carry 28 slalom poles, on such an architectural route, almost all used (the length of the slope is 220-250 meters, the vertical drop is 50-55 meters).

On this course we try to set a timekeeping system. 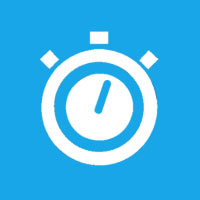 It should be noted that earlier there was a noticeable pressure from some colleagues that the “omega” should always be setup in slalom trainings. There was also the opposite pressure that “omega” is rather harmful, because it creates a queue at the start and does not allow working on technique. Therefore, the setting of “omega” only on such a third, complex route is a compromise, which came to this season.

On the third course we go to the end, until the rental time is over (I will remind that only two hours). But honestly, interest falls earlier. Usually, 6-7 runs are obtained. “Omega” and a complicated setting do their thing, the forces go away quickly. It turns out already race-training at the limit of opportunities. Everybody just rush.

Then we remove the course, smooth the slope.

And we chat. During training, no time for communication. All “hammer” the poles, say to each other only specific errors, if they notice. But after, all the opposite, you can hear a lot of interesting 🙂

Then some of the colleagues leave, and some arrange “closures”, descents in free skiing.