Just after changing edges you can “hang” in the phase of almost flat skiing. Or you can go to a natural angles, determined by the speed of the skis and the steepness of the turn. Or you can set a “non-equilibrium” angles, that is, to edge the skis even more 🙂

I found out something in this (2018) season, so I want to write down, so as not to lose it. But grabbed a little, ready “recipe for cooking a magic pill” no 🙂

Edging skis is associated with a huge part of knowledge of “angulation” (that is, the angular position of the shoulders, hull, waist, knees, skis, together and separately). I will try not to touch on this topic. I’m just concentrate in driving the ski, which is enough “pressed” down to the slope for cutting the turn.

Of course there is a “natural” angle of the edges, that is, on very flat skis to ride down will not work. 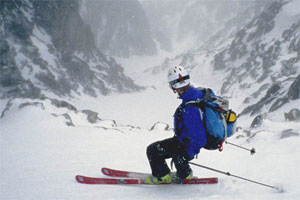 Firstly, if you simply stand on skis across the slope (like shown at the left picture), in order not to fall, you will have to put skis on edges with some angle. If you then ride across the slope without turns, you also have to keep the skis on the edges. Secondly, when you turn it is inevitable the inclination of the body inside the turn, the more, the faster you go and the steeper the turn. 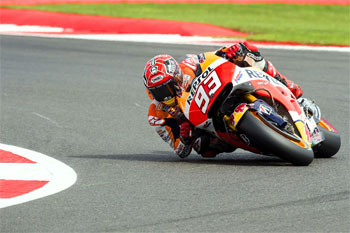 This applies to any turns, it is not necessary to go on skis from a hill. The most obvious in my opinion is on a motorcycle. The sum of these two processes sets the “natural” edging.

This natural edge angle, of course, works best in the second half of the turn. Indeed, imagine a skier riding across a slope in a phase of traverse. Skis on the edges, complete balance. 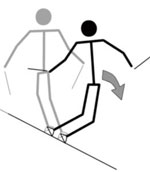 To start the turn, he do not just have to reduce the edging, but generally skid the skis. Immediately all sorts of “non-equilibrium” processes begin which end when the skier again rides more or less across the slope in another direction, again on the edges. About the first half of the turn I’ve consider a lot, refer to such notes with a tag “carved turn” (the list opens in a new tab). I will only note that the first half of the turn begins at a edging angle equal to zero, and therefore you need to ride or to fly until any “natural angles” appear.

It is unlikely that the “angles” are the most important in the first half of the turn. For begin, perhaps, you need to be able to “cut” in this part of the arc. Very important is the trajectory  and controlled drift  if necessary for keep trajectory. But when the first half of the arc is, then the “angles” – is the next step. The class of the skier in the slalom course is perhaps seen precisely by the angles of the edging.

I will note an important point. The natural edge works well in free skiing, especially in the mountains, where you can get used to the high speeds. 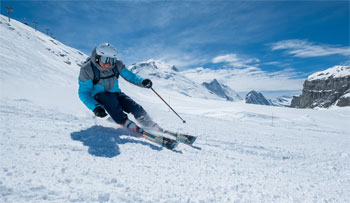 Such edging, as it were, follows to the forces of nature. There is a speed and a turn. In accordance with this, somehow the edge angle is selected. If you can not cope with the forces of nature, slowed down until you began to fit in. The transfer of this approach to the Moscow hills and even more to slalom course leads to the fact that the main style is flat skiing and scraping in an arc. 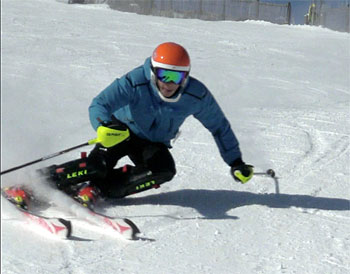 Well, of course, it’s not as exaggerated. But the meaning of the note is to find out how to go to the angles of the edge, which with a margin exceed the “natural” (as, for example, in the photo to the right). This gives a fundamental reduction in the radius for a carving turn.

I will note what I tried in this season for increase the angles with the estimates: it helped, did not help, do not waste time, etc. I must say that the simplest advice: “edging more” in my case does not work 🙁

Usually, I change edges like this. At the end of the turn drive on the loaded edges. Then, before this season there were only two options. The first – for various reasons, I do not finish the turn, that is, I “let go” the skis, or more precisely – unload with the straightening of the trajectory. The second option – stand on a arc until overload is finished. Then begins “lift into the air”, that is, the skis are unloaded themselves. In either of these two cases, for a while, I am unsure drive (or fly) on flat unloaded skis.

When I tested the Ogasaka Triun SL 17/18 in the free skiing (more here), I noted that the edge changing on them go in another manner. 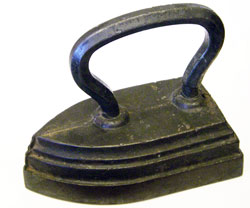 Skis somehow like stably iron the snow, as if they are very heavy. Therefore, the body is transferred through loaded skis, as if it is happening on the floor in quite calm conditions. Edge changing occurs quickly and somehow much more naturally. And, which is especially good, the angles immediately increase. That is, the “additional” angle of the edge at the beginning of the arc is then added to all subsequent angles on the arc. I liked the feeling. I decided to look for it on my skis. Gradually, I pushed the bindings back by a centimeter, that is, the skis became less tenacious, but they became much more stable over the edge changing (more details about shift of bindings here). Interestingly, the liked position of bindings exactly coincided with the recommended by manufacturer (that is, the middle of the boot coincided with the corresponding line on the ski). Unfortunately, this experience has not yet been transferred to the slalom course, most likely due to the fact that the tracks in this season were very tight, so that’s was simply no time to transfer the body through the loaded skis.

Do not forget about the lower stance 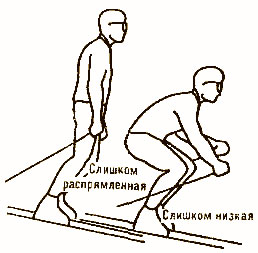 I do not know how about others, but I need to always try to lower the body. At least just sit lower when exit the turn. This immediately gives an increase in the edging “around the circle”. Not very significant. But if you forget about it and keep the hull high, then you go on flat skis. This is nothing new, just need to remember. Unfortunately, only squats do little. If you bring to the point of absurdity, then you will simply “squat” on flat skis. I see this sometimes on the slope: (

The direction of the search was understandable. It is necessary to find how to find the edges at the entrance to the turn, earlier than got used. That is, to reduce the phase of flat unloaded skis.

Pull back the inside leg

Several trainings in a row once again I’ve tried to “pull under body” inner leg. That is, as soon as I stood up on the upper ski, which at that moment became external, the inner one moved back. 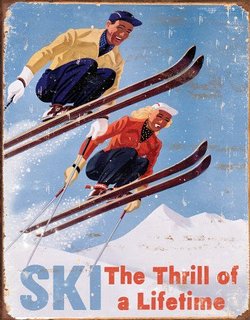 In addition to combating with put forward inside ski, this gives an additional increase in pressure on the external ski, since the internal “turns off”. Since this occurs before the edges change, then change occurs faster. Therefore, the angles increase. For the first time I’ve experimented with pulling inner leg more than ten years ago, riding in the mountains in a free descent. But I decided that this is a wrong habit. Then I returned several times, and each time I did not like something. This time, it was not pleasant that the inner ski in the middle of the arc could be bited because of such a retraction. That is, to cling to the slope with the tip of a ski. I’ve decrease such a cling with a ski tunnig (more details here), but the residue remained. This movement can be moved to slalom course, but it has not become a habit as is perceived as additional move for which I do not have enough time.

The inner leg is bent, the outer one is straightened

Then I’ve returned to the advice of Vitaly Sizov: to bend the inner leg (advice from 2016 here, section “Extension outside leg forward”). That is, if you still need to do something with your inner leg, so that it does not prevent you from quickly edge changing, you can immediately start moving: the inner leg is bent, the outer one is straightened. The result I liked.  With this movement the body is noticeably lowered and then the extention legs to outside is increased. Bring it to the track.

And here came a series of advice from Jorik (Alexander Mistryukov). Here it is on video. Course setter – Jorik, video shooting – Polina Nechaeva.

Butt down, shoulder to boot

The tip is quite bright: the first movement in the turn (right after edge change) should be: drop the ass down as soon as possible in order to press down the skis. All the other movements – after. It is well laid down on the existing movement: bend the inner leg, and on the outside you do not just go down as flexing-extension, but sharply. Attention, an important addition! In order to lower the bottom down, but do not fall inside the turn, you need to press by your shoulder to the outer skiboot. As if the body is thrown into the pit, but with the shoulder you cling to the edge.

Then ride the skis forward and make a move up 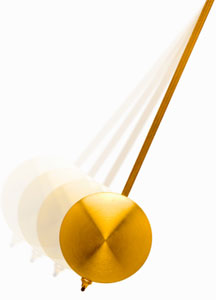 The next time I’ve practiced such a drop of the body in a free descent. Jorik carefully observed (thanks!) And gave two more additions. The first – such a throwing of the body downwards should lead to an additional pendulum movement upwards. That is, when the skis passed the slope falling line and moved to the area of “natural” edging with good grip on the slope, you need to push the hull upwards. And finally, between these movements, the skies need to be “rolled”, that is, moved down the slope (as pendulum move).

I’ve practice a week more, then the season ended. I liked what achieved in the slalom course, and comments from colleagues were positive. The trainings coincided with the intensive testing of “ladies’ ” skis Ogasaka Triun SL 155 cm (already after that was described here). In general, the “angles” depend and on the skis, but I think that on my own skis I’ll go to such new angles too. 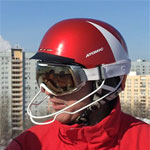