The time of descent on the slopes of the Moscow hills is about 20 seconds. The slope ends much earlier than legs get tired. In the slalom course there are usually no more than 20 gates. This is much less than the “real” slalom in the mountains, when you often come up to the last gates on “iron” legs. How important is the physical condition for slalom in Moscow? How much do you need a “real” sports approach with special physical training in the summer and with additional training in the hall in the winter? And in general, how much depend the level of skiing from physical fitness?

The topic is controversial, “how many people – so many opinions.” Of course it’s good to be in perfect physical shape and also perfectly “cut” along the slalom course. But such a picture is not achievable in principle 🙂 This is a feature of mountain skiing 🙂 At any level of skiing will want more 🙂 I want to speak out because I often see a skew in the direction of the importance of the physical condition achieved by special exercises “not on the snow.” And the skew is from two sides.

Some believe that without pumping legs with pistol squats and jumping on the stairs, without training the explosive power of legs with jumps with the barbell, it is impossible to master the slalom turning technique.

Therefore, they trying to give such a load off-season. Others quite the contrary believe that since they do not care for anything like “explosive strength of legs”, they turn on their skis as they can, but to increase angles, speed, sharpness and try to be useless. This is certainly exaggerated, but to a greater or lesser extent, both such extreme cases occur from my point of view much more often than necessary.


In general, there are no clear criteria for the necessary level of physical fitness for ski. Of course, before skiing, warm-up is necessary for problem areas (feet, knees, waist, back), otherwise you can get injured. Of course, coordination exercises will be very useful, especially which repeating movements during skiing.

Of course, it is not harmful to develop a balance, especially dynamic (when there is no solid support). I will consider this as simply bringing the body into working conditions. Under Special Physical Training (SPT) in the context of this note is meant a set of special exercises “not on snow”, aimed to increase the volume and “hardness” of muscles.

In big sports, SPT is an essential part of the training process.

The technique “descends” to ordinary sports. It’s clear. Now we come to the amateur skiing in the form: grown-up uncles and aunts ride slalom from small hills. Compared with mountain skiing in the mountains, the speed is less, the overloads are less, the descents are not just shorter, compared to the mountains, they simply do not exist 🙂 How much on descending from the hills and ravines you can be limited by “physics”?


It should be emphasized that slalom is a “technical” discipline, even by the standards of “large” mountain skis. That is more (than in the giant slalom, super giant and downhill) depends on the technique (ability to pass the turns) than from the physical condition of the skier. Physical conditions can vary greatly and according to natural data: weight, height, muscle mass, age. But on the speed of the slalom course all this has less impact than the technique. I have such impression when watching competitions at the level of the World Cup. And if you look at local competitions, then everything looks much more absurd: a child can easily beat a big skier, and this is seen from the first turn. But the child, no matter how hard the SPT is trained, will still be weaker than the adult. And his skis are shorter. 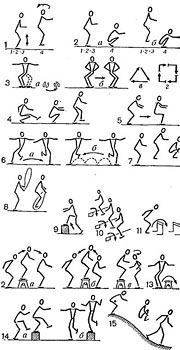 Let’s conduct one more thought experiment. Let’s say there is a sporty young man who does not know how to ski. In the summer he starts to do the whole complex of special physical exercises, pistols,  jumping with a barbell, jumping up the stairs on one leg, etc. He pumped his legs and developed high-speed movements. But did he begin to ski better? No, how could not, can not. Will this special physical condition help him when he first time goes ski on the snow? Of course not, he should learn to ski at first. And the second, third … the tenth time will help? It is not known. More will depend on his natural abilities, than on the physical form achieved over the summer.

Now I will give reasons from personal experience. Unfortunately just pumping the muscles does not give much for the technique. 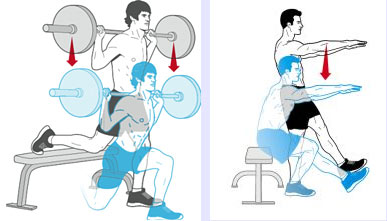 If, for example, to train to make pistols, then you will pump up muscles that are good for making pistols and only. Muscles for skiing need to be taught at the same time. During the winter season, the legs grow quite large in volume and in “hardness”. And this is all the “smart” muscles that “know what to do”. If you pump the same volume in the summer, in a hall or in another kind of sport, for mountain skiing it will not do anything at all. But it’s quite another thing if you go to the mountains and pump up your legs there, right on your skis. This is really felt later in Moscow on the slalom course. Two weeks ride along the course is easier than usual. So, judging by my experience it turns out that if you want to quickly pump up your legs, go to the mountains. Or wait, they will come to a sufficient shape in a month after the beginning of the season. If you want to keep fit in the summer – please, but it’s not related to ski 🙂


How much does the time on the slalom course depend on the physical conditions, and not on the skill? 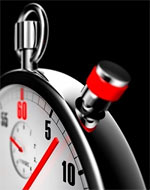 In trainings we sometimes go with a time check, so one can compare the ski in fresh condition at the beginning and in the “killed” at the end. Let me remind you that this is about twenty seconds of descent, between which a few minutes to recover. If try to remove the dependence on the increasing worn of the route, you can estimate that the tired state add about half a second. This is not so much, frankly.

From my experience no longer squeeze. But if to imagine the further growth of technique, then at some stage, perhaps progress will be limited by SPT. But how to know that you are bump to “physics”?

On a bicycle, for example, it is very easy to “feel” the limit determined by physical conditions. You must go uphill. The speed is limited by three factors: the power of the legs (how hard you can pedal), the cardiovascular system (how fast you can pedal with the working force) and the technique of twisting the pedals. In training, I try to ride to a familiar climb so that both the legs and the cardio were “exhausted” at the same time. Every time the limit of physical condition is very well felt (therefore, you can work on it). I usually go to the limit in the middle of the climb. Further it is clear that if you add a little, then after the ascent the riding will end.

To go down on the slalom course in Moscow so that the legs are weakened at the finish line, and the breathing was frequent and heavy, never happened 🙂 That is, the physical limit is not felt. Therefore, I still do not know how to understand that I rested on “physics”, even purely hypothetically 🙂 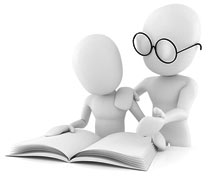 So in general, I am deeply convinced that if you want to improve the physical condition for amateur slalom in Moscow, then the most useful thing is skiing more. In summer, if there is a goal to keep the physical form, you need to ski in Snej.com (Moscow indoor skiing) or get out a couple of times to the glacier. But while your speed on slalom course is determined by the technique, “physics” does not give much. And from any special exercises “off-season” to build muscle mass and increase the explosive power of the legs, it’s better not to wait for results.